iPhone 5 is the fifth generation iPhone by Apple expected to be announced on 4 October 2011, and released to the market in two weeks time. Droid charge is an Android smart phone by Samsung for Verizon Wireless, which was officially announced on January 2011 and is available in the market since May 2011. Following is a review on the similarities and differences of the two devices.

Following are the features anticipated in iPhone 5.

– TV and Content Providers are expected to release more apps for iPhone 5, and it will become like mobile TV.

Droid charge is an Android smart phone by Samsung. The device is also known as Samsung SCH-i520, Samsung Inspiration, Samsung 4G LTE, and Samsung Stealth V. Droid charge was officially announced on January 2011, and is available with Verizon Wireless since May 2011.

Droid charge stands 5.11” tall and its 0.47” thick. This smart phone is available in black with a black plastic chassis and 4 buttons in front of the phone. The phone weighs 143 g. Droid charge comes with a 4.3” Super AMOLED Plus capacitive touch screen with 480 x 800 resolution. Accelerometer sensor for UI auto-rotate and touch-sensitive controls are available with Droid Charge.

The Droid Charge runs on a 1 GHz ARM Cortex-A8 processor (Hummingbird Chipset). The device has 512 MB RAM and comes with a micro SD card slot for storage, and it can be extended up to 32 GB. Droid Charge has micro USB support. In terms of connectivity, the device supports LTE connectivity up to 15 Mbps. Wi-Fi and Bluetooth is also available on this device.

Droid Charge doesn’t have the availability of FM radio; however, the device includes a MP3/MP4 player, inbuilt speakers and 3.5 mm audio jack.

Droid Charge is powered by Android 2.2. Applications for the device can be downloaded from Android Market. It can be noted that a large number of applications comes installed with Droid Charge. These applications cannot be uninstalled. While they may not take much storage from the device, it will give a cluttered feeling. Droid Charge is pre loaded with the usual Google Applications, YouTube, Calendar, Picasa integration, Flash support and image and video editor. The user interface is customized using the TouchWiz 3.0 by Samsung.

Overall, Droid Charge is not at the very high end smart phone category according to smart phone standards of today. But for the specifications given the device gives good performance and comes with really good battery life. Droid Charge has a single 1,600mAh battery, which is generous for a smart phone. 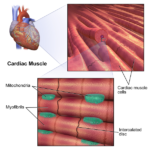 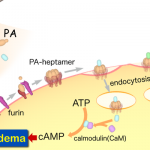