iPhone 5 is the fifth generation iPhone by Apple expected to be announced on 4 October 2011, and released to the market in two weeks time. Samsung Epic 4G Touch is the Sprint Version of the popular Gallaxy S II.

Samsung Epic 4G Touch is an Android smart phone by Samsung. The device is officially announced in September 2011 and available in the market by October 2011. This Android phone is a high end smart phone with superior hardware configuration that we will discuss in the rest of the article. The device is another variant of the popular Galaxy family. The device comes to the market with carrier specific enhancements to the original Samsung Galaxy S II.

Multimedia support on Samsung Epic 4G Touch is quite impressive and is aligned with the Galaxy family. The music player onboard supports audio files such as aac, amr, awb, m4a, mid, mp3 and ogg. The device is packed with Polyphonic ring tones as well. The video player onboard allows formats such as h.264, h.263 and mp4. Audio and video streaming should be a pleasant experience with the high data speeds supported by the device (This will be true only if the carrier deliver the promised speeds). The superior quality display on Samsung Epic 4G Touch makes the device ideal for watching movies on the go. “Kies Air” is a useful inclusion in Samsung Epic 4G Touch, which enables synchronising multimedia on the phone with a Laptop/desktop.

Difference Between Motorola Atrix 2 and iPhone 5

Difference Between AND Gate and NAND Gate

Time Difference Between India and America 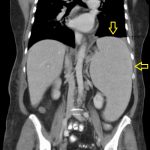 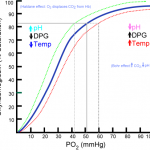