Samsung has introduced the biggest ever smart phone called Galaxy Note. The Samsung Galaxy Note is an Android smart phone that was officially announced on September 2011, and the official release is expected soon. It features a 5.3″ WXGA (1280×800) display, which is HD Super AMOLED, and powered by a super fast 1.4GHz dual core application processor. It supports both HSPA+ and 4G LTE. iPhone 5 is the fifth generation iPhone by Apple expected to be announced on 4 October 2011, and released to the market in two weeks time. Is Samsung getting ready with this majestic phone to meet iPhone 5?

Following are the features anticipated in iPhone 5.

– TV and Content Providers are expected to release more apps for iPhone 5, and it will become like mobile TV.

Samsung Galaxy Note runs on a Dual-core 1.4GHz (ARM Cortex-A9) processor coupled with a Mali-400MP GPU. This configuration enables powerful graphics manipulation. The device is complete with 1 GB RAM and 16 GB and 32 GB internal storage. The storage capacity can be extended up to 32 GB using a micro SD card. A micro SD card worth 2 GB is available with the device. The device supports 4G LTE, HSPA+ , Wi-Fi and Bluetooth connectivity. Micro USB support and USB-on-the go support is also available with Samsung Galaxy Note. 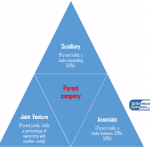 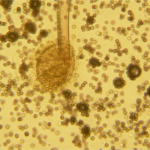