iPhone is one product that is loved by millions of its users all over the world, and remains a top selling smartphone that is perceived as a status symbol by its owners. It has been four years since Steve Jobs, the CEO of Apple launched the first generation iPhone, and today after 4 years and 4 models, iPhone still remains one of the largest selling smartphones in the world. It is only logical and natural that every subsequent version has been better and faster with added features reflecting changing times and the aspirations of the people. It is in this perspective that one has to see the difference between the first model that was presented in 2007 and iPhone 4, which is currently in the market.

When it was launched in June 2007, iPhone created a lot of buzz with its specifications that were ahead of its competitors in the market, but more effective was the way in which iPhone was marketed by the company. It was sold as a dream phone, and indeed it became a status symbol among upwardly mobile executives. It had dimensions of 115x61x11.6 mm, and weighed 135 g. Compare this with iPhone 4, and you would find that the phone has become slimmer despite adding on power and performance. iPhone 4 now stands at 115.2×58.6×9.3 mm, and weighs 137 g.

In an era of smartphones that are known for their huge displays, iPhone has maintained the same screen size down all the versions, and it stands at 3.5 inches even today. However the display type has changed, and the resolution of the screen has improved enormously from 320×480 pixels to 640×960 pixels, making the display irresistible. Apple introduced LED backlit IPS TFT touch screen in iPhone 4 (popularly knows as ‘Retina’) that is not only bright, it is scratch resistant also, keeping it shiny and free of spots.

The audio jack (3.5mm) that was standardized by iPhone with its first model continues to be present even in fourth generation. While the first iPhone was available in three models with internal storage varying from 4 GB to 16 GB, iPhone4 is available in two versions with internal storage as 16 GB and 32 GB that is enough to covey the amount of internal memory that has been increased since then. With a very small RAM, it has grown to 512 MB in iPhone 4.

Whereas the OS in first iPhone was iOS, it has undergone upgrade successively and it is now iOS 4 (will upgrade to iOS 5 by 2011 fall). While the CPU in the first iPhone was a mere 412MHz, it stands at 1 GHz today. Though, even the first phone supported Bluetooth, it is v2.1 with A2DP today, whereas it supported v2.0 then. While there was no 3G in the first model (it was only 2G, hence known as iPhone 2G / iPhone EDGE), iPhone 4 provides great HSDPA and HSUPA speeds. The processor has been improving with every model and the company claims that the processor of iPhone 4 is twice as faster than its predecessor. In terms of graphic processing, this improvement is 10 times. Even with such huge improvement, iPhone4 is a miser as it consumes only as much power as iPhone 3. The only disappointing thing in the evolution of iPhone is that even today there is no radio in the smartphone. Another point that irritates iPhone lovers is that they do not get liberty to expand the memory using micro SD cards which is there in all Android based smartphones. 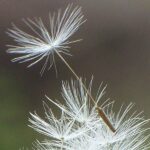 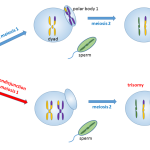 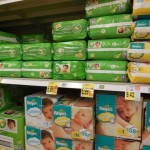 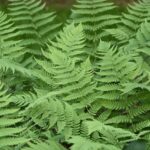