iPod and iPhone are devices from Apple that have caught the imagination of the people and serve different purposes. Whereas, iPhones (we are currently awaiting the release of the 5th generation iPhone 5 in September) are smartphones that have become a status symbol for upwardly mobile executives around the world, iPod was launched as a media player by Apple (it still is) but down many generations (we now have iPod Touch), we have come up to a gadget that is hard to define and looks almost like an iPhone. There are many who remain confused because of this blurring of distinctions and talk about these two outstanding gadgets as being similar (well, they almost are). But there are still a lot of differences between an iPhone and an iPod that will be discussed in this article, to enable a new buyer to choose a device that suits his requirements in a better manner.

The latest iPod Touch is enough to confuse even iPhone users having many similarities with iPhone. It has the same touch screen, runs on a similar operating system, is Wi-Fi like iPhone, and even has an accelerometer like an iPhone. But one must remember that the basic feature of iPhones, that is to make and receive voice calls, is not available in iPod Touch. So you get an iPod Touch for just $299 in comparison to iPhones that start from $399. Yes, the form factor is same, but an iPhone is still heavier and thicker than iPod Touch. You get a built in microphone, speakers and 5 MP camera with iPhone. But you cannot take a photo with iPod Touch and email it on the move. You need a contract with service providers if you want to use an iPhone, whereas you can use an iPod Touch straight out of the box. As far as connectivity is concerned, an iPhone is many times better as you can make use of internet wherever you are, while there is limited connectivity in case of an iPod Touch (you need to be near a Wi-Fi network). So, if you do not need a camera or a phone, and are satisfied with limited connectivity as well, an ipod Touch is probably an ideal PDA for you, but if you can afford an extra $100-$200, an iPhone may provide you with many extra features.

Well, to be true, if you do not phone too much and do not want to spend on services every month, iPod is the best device for you as it allows you to be connected with friends via SMS and IM. You also get free internet and has much more stuff that is not there in iPhone.

Difference Between iPhone and iPad 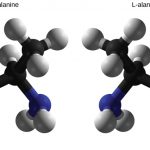