When iPhone was launched by Apple in 2007, its concept was revolutionary, and it had features that were then considered being at least 5 years ahead of its time. No doubt people were attracted to this stunning device that caught the imagination of the people, and was referred to as a smartphone. It was iPhone versus the rest of the phones initially, and this hegemony continued as mobile companies did not have the answer to Apple’s iOS, the mobile operating system. For a long time, as a result, the world thought of smartphone as an iPhone only.

iPhone had computing facilities, and one could remain connected with friends, also watch movies and listen to music from the net. People just loved iPhone and felt proud to flaunt one as their prized possession. It became a status symbol for executives around the world, and a parameter that other mobile manufacturers aspired to catch one day. It was the advent of Android, Google’s especially developed OS for mobiles that provided other companies with a platform to compete with Apple’s iPhone. Soon, many smartphones arrived on to the scene, and had features that were even better than an iPhone, but we always remember the first man on the moon and the first to land on Mt. Everest. This is why the trend of referring to a phone as a smartphone started with iPhone, and the image that strikes the mind when one hears or sees the word smartphone is that of an iPhone.

Who can forget the tradition of a 3.5 mm audio jack at the top of the phone that was initiated by iPhone and copied by nearly all other phones? Till today, a phone is not called a smartphone until the ubiquitous 3.5mm audio jack is not there at its top. There are more features that became part of standard smartphone accessory such as a gyroscope, a proximity sensor, and an accelerometer. All these features were present in all iPhones, and the industry accepted them as standard features in a smartphone.

However, there are features that were defied by other mobile manufacturers such as removable and replaceable batteries, ability to expand internal memory using micro SD cards, and stereo FM that is badly needed by users, and Apple doesn’t seem to pay heed to advices from others. Full flash support is another of the grouse of phone users around the world. Though iPhones have integration with Google Maps, iPhones cannot compare with other smartphones laced with Android OS as a full GPS device.

With other smartphones, you have the liberty to choose the carrier as a single phone is available on many networks. On the other hand, iPhones are traditionally available on AT&T network only. If one looks back and analyses the evolution of smartphones post iPhone era, it seems that though the word smartphone was reserved for iPhones initially, the availability of Android OS and addition of features that were comparable to those of iPhone ensured that people had many choices in terms of smartphones.

Difference Between PDA and Smartphone

Difference Between Android and iPhone

Difference Between iPhone and Blackberry 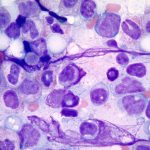