Iron is one of the most important, and perhaps also one of the most abundantly found element on this planet. Iron has multifarious uses both as a structural and constructional material and it also has myriad industrial applications besides being used as furniture, railings and also as utensils in many parts of the world. Iron is not found independently though as it is found in underground rocks in the form of its oxides that are called iron ores. Iron, as we know it totally different when one sees it as an ore of iron, and it is through specialized iron making process that we get to use iron as a product. Let us take a closer look.

There are many ores of iron found underneath earth and they are known as siderite, magnetite, hematite and limonite. All these are oxides of iron with some more elements associated in small quantities (mostly silicates). As iron ores are oxides, refinement of the ore to remove oxygen is necessary before we can expect to get pure iron.

Iron is a metallic element having atomic number 26 and it is the most abundant element found in the crust of earth. Man has always known iron since early civilization, and has made use of this very useful element in the form of its alloys, especially through smelting, as pure iron is soft and therefore of no use. Adding a little carbon makes it many times stronger and versatile. Carbon added in fixed quantities (0.2-2%) leads to production of steel which is the most versatile structural element on earth. Iron is also converted into cast iron and pig iron that find many industrial applications.

Iron is one element that is also found in our bodies and also in many vegetables and fruits. It is considered an essential mineral for our body and its deficiency leads to various ailments.

Iron ores make up nearly 5% of the earth’s crust, and when we consider both the crust as well as inner core, iron and its ores make up about 35% of the mass of the earth. Iron is extracted from its ore through removal of oxygen, which is a process called its reduction. Another process is through blast furnace where the ore is heated with carbon (coke). Iron thus produced using coke in blast furnaces is called pig iron, while iron produced through direct reduction is called sponge iron. Here, instead of melting iron, its reduction takes place at high temperatures in the presence of coal. Pig iron produced in blast furnaces is mostly used in the production of steels and many other alloys used in industries. 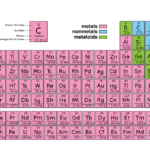 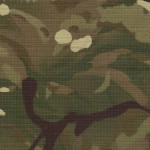