When the exercise of capital budgeting is undertaken to calculate the cost of a project and its estimated returns, two tool are most commonly used. These are Net Present Value (NPV) and Internal Rate of Return (IRR). When evaluating a project, it is generally assumed that higher the value of these two parameters, the more profitable the investment is going to be. Both the instruments are made use of to indicate whether it is a good idea to invest in a particular project or series of projects over a period of time which is normally more than a year. Net present value goes down well with those who are laymen as it is expressed in units of currency and as such preferred method for such purposes. There are however many differences between both parameters which are discussed below.

To know whether a project is feasible in terms of returns on investment, a firm needs to evaluate it with a process called capital budgeting and the tool which is commonly used for the purpose is called IRR. This method tells the company whether making investments on a project will generate the expected profits or not. As it is a rate that is in terms of percentage, unless its value is positive any company should not proceed ahead with a project. The higher the IRR, the more desirable a project becomes. This means that IRR is a parameter that can be used to rank several projects that a company is envisaging.

IRR can be taken as the rate of growth of a project. While it is only estimation, and the real rates of return might be different, in general if a project has a higher IRR, it presents a chance of higher growth for a company.

This is another tool to calculate to find out the profitability of a project. It is the difference between the values of cash inflow and cash outflow of any company at present. For a layman, NPV tells the value of any project today and the estimated value of the same project after a few years taking into account inflation and some other factors. If this value is positive, the project can be undertaken, but if it is negative, it is better to discard the project.

This tool is extremely helpful for a company when it is considering to buy or takeover any other company. For the same reason, NPV is the preferred choice to real estate dealers and also for brokers in a stock market.

Difference Between Bookkeeping and Accounting 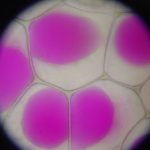 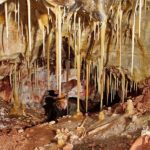 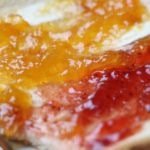