This is a small terrier developed in England for foxhunting. They have a white coloured short and rough coat of fur with brown or black patches. They are not very tall and heavy, but the height at the withers is about 25 to 38 centimetres and the weight ranges around 5.9 – 7.7 kilograms. In fact, it is a compact and balanced body structure. Their head is balanced and proportionate to the body. The skull is flat and narrowed towards eyes and ends up with nostrils. Their ears are V-shaped and flapped forwards as in fox terriers. They are energetic dogs and require heavy exercises and stimulations for a better health. Jack Russell terriers can live a long life ranging around 13 – 16 years.

Parsons have long legs, and the lengths of which are almost equal to the length of the body. Their head is long, and the chest is large with the V-shaped dropped ears being pointed towards eyes. Usually, they are 33 – 36 centimetres tall at the withers, and the weights range from 5.9 through 7.7 kilograms. With their length and height being the same, the parsons possess a square shape body. Parson Russell terriers are agile dogs with proven record of accomplishment in excelling dog sport events such as fly ball and agility. Parsons prefer to be handled with care and love so that they can give it back to the owners.

• Despite the weight range of the two breeds is exactly the same; Jack Russell has a broad range of height, whereas Parson Russell terriers have only range of three centimetres for the height.

• The body of parsons is square shaped with equal measurements for both height and length, whereas the Jack Russell terrier is not square-shaped.

• The legs are taller in parsons than in Jack Russell terriers.

• Parson has a more conspicuous and larger head than the Jack Russell does.

Difference Between Walrus and Sea Lion

Difference Between Puma and Cougar

Difference Between Mole and Vole 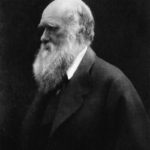