Jaguars and cheetahs are felids, which mean they are members of the Felidae or the cat family. They can’t be kept as pets at home if you are not an expert with wild cats. They can be dangerous when you don’t know enough about them.

Jaguars are under the panther genus of the cat family. They are known as the 3rd-largest feline behind the tiger and lion. These are the only Panthers that are seen in the Americas. It closely looks like the leopard, but it is generally bigger and well-built. The jaguars are mainly an opportunistic, solitary, stalk & ambush predator found at the peak of the food chain. They have a very powerful bite that can pierce through armored reptiles.

Cheetah is a big-sized feline which lives in some parts of the Middle East and Africa. This is the one and only felid that has non-retractable pads and claws, which forbid them from gripping (they won’t be able to climb trees vertically, although they can reach accessible branches with no sweat.) Famous for its speed and the fastest living specie, it can cover short bursts up to 500 meters.

Jaguar and Cheetah can be distinguished physically by their spots. A jaguar’s spots are mostly rosette-shaped with a spot at the center while a cheetah’s spots have very solid and evenly distributed spots. Generally, jaguars are found in the Americas; Cheetahs live in the Middle East and Africa. Jaguars have retractable claws, which allow them to climb trees vertically unlike the Cheetahs, which don’t have one. When it comes to running, a cheetah will definitely win leaving the jaguar behind. Cheetah relies on speed rather than their claws when getting a prey.

They are on top of the food chain which helps in balancing animal population. Both are very important and should exist for the ecosystem to function and maintain equilibrium. Their differences and various talents allow each of them to survive in the wilderness. All animals strive to survive, and the jaguars and cheetahs are doing a good job at it. 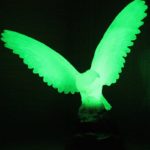