Jammu and Kashmir is the Northern most state of India, which has been a bone of contention between the union of India and Pakistan for the last 60 years. Probably it is one of the oldest areas of dispute between two countries in the world. Western world views Jammu and Kashmir as a nuclear flash point, and always exhorts India to show restraint in the wake of Pakistani policy of creating turbulence in the state through terrorism and other destabilizing machinations. Jammu and Kashmir consists of three divisions namely Jammu, the Kashmir valley, and Ladakh. Never is the name referred to as Kashmir though, western world knows only about the valley which is the area of dispute between India and Pakistan. However, Kashmir is not all about the valley as it is made out to be as a good part of the state belongs to the minority community, which is Hindus in case of Jammu. This article attempts to highlight the differences between these two parts of the same state of Jammu and Kashmir.

Jammu is one of the three divisions of the state of Jammu and Kashmir, with Jammu being the largest city in the administrative area of Jammu, also the winter capital of the state. Jammu is also known as city of temples being Hindu dominated. Among these temples is the Mata Vaishno Shrine, visited by millions of devotees from all parts of India every year. Jammu, though being smaller in area, has a better and fully developed infrastructure than valley area, which has been turbulent for the last 20 years because of terrorism. Today, Jammu is the economic center of the state. Dogri is the state language in Jammu area, and people of Jammu are referred to as Dogris.

Kashmir, or the valley part of the state of Jammu and Kashmir, is famous for its mountainous regions and natural beauty. Srinagar is the largest city in Kashmir valley, and is also the summer capital of the state. Dal Lake in Srinagar is a tourist spot, and is a major source of income for the people of the valley. Tourism is the major economic activity of the valley, while farming and cattle rearing are other activities for earning a living. It is a fact in favor of the secular nature of the state that though, it is dominated by Muslims, Maharaja Hari Singh was the monarch of the state at the time of the independence.

Kashmir is a beautiful valley lying between some very high mountain ranges. Some of the famous valleys in Kashmir are Tawi, Poonch, Sind, Chenab, and Lidder Valley. Of course the biggest is the Kashmir valley being almost 15000 square kilometers in area.

Difference Between Kerala and Punjab

Difference Between Kerala and Ladakh 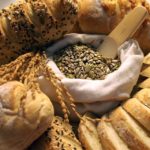