Home / Others / Difference Between Java and C++

Java is an object oriented programming language. In 1990s, it was developed by Sun Microsystems. Although, this language was mainly designed for the development of Applets that are small applications that run on the browser but later on it is also used to developed applications based on e-commerce.

Following are the features of Java programming language:

• Secure execution of the code from a remote server.

• The code written in Java can run on different platforms or it is platform independent.

C++ is a high level object oriented programming language. Among all programming languages, C++ is the most commonly used. It is termed as the enhanced version of C language and it was also developed at Bell Laboratories. Features like virtual functions, operator overloading, templates and classes are supported by C++. This language also introduced the concept of multiple inheritances as well as exception handling. More type checking is available in C++ as compared to C language.

C++ includes all the main features that were present in C language. Even the compliers in C++ are able to run the code which is written in C language. But there may be some that may not be able to execute in C++.

The C++ language was mainly designed for the UNIX operating system. C++ also allows code reusability. It means that programmers can easily modify the code without changing it. It also provides portability that means it does not require specific hardware and operating system.

C++ language also introduced the concept of classes. By using classes, the written code can be organized easily. Classes also help in removal and correction of bugs in an easier manner. 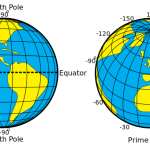