Jewish are the people who profess the religion called Judaism, and they belong to the ancient land that is today known as Israel. There are many similarities between Jews and Catholics, and many feel it to be ironical that Jews were annihilated during the Holocaust by Christians. However, despite similarities, there are many differences between the two religions that persist till date and will be discussed in this article.

Christianity is one of the largest religions in the world with more than 2 billion followers worldwide though it has been a religion of the west mainly and has shaped the destinies of many western countries over the last 2000 years. More than half of the Christians across the world belong to the Catholic denomination that believes in papal authority and is, in fact, a follower of Roman Catholic Church.

Around half of the Jews live in Israel while less than half live in US and Canada. The remainder lives in several European countries. Jews trace their origin to the patriarchs mentioned in Bible such as Abraham, Jacob, and Issac. The roots of Judaism, the religion followed by Jewish people goes back to the second millennium before Christ. Genetic heritage of the Jewish people reveals them to have belonged to a fertile region in the Middle East.

The sacred book of the Jews is Hebrew Bible that states that God promised Abraham to make his offspring belong to a great nation. Jews believe that they have been chosen by God, to be shining examples of holiness and good and ethical behavior on the face of the earth.

What is the difference between Jewish and Catholic?

• Christianity was founded by Jesus while Abraham is the founder of Judaism.

• The relations between Jewish people and Catholics have mostly been strained, and the Jews faced the worst possible destruction or annihilation at the hands of Christians during the two world wars.

• According to the New Testament, it was the Jews who started persecuting the Christians initially, but the Christians persecuted Jews when they became powerful and huge in numbers.

• Though theological differences between the Jewish and Catholic people still remain, there is a much better understanding between the two religions of the world.

• While Catholics believe in the doctrine of Trinity, Jews believe in unity or oneness of God.

• Catholics have priests and bishops with the pope as the final authority whereas Jewish people have rabbis as their priests.

• While Jesus is considered God’s son by Catholics, he is believed to be a false prophet by the Jews.

Difference Between Catholic and Episcopal

Difference Between Catholic and Methodist 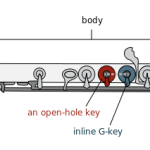