Job title and occupation are terms that are very similar to one another, and are used to give a brief description regarding what the employee does to earn a living. Due to their similarities, these terms are usually confused to mean the same, even though they are quite different to one another. A job title is more specific than an occupation and provides a somewhat clear idea of what sort of job the employee performs. The article that follows explains these terms and shows how they are different to each other.

A job title is a description about a job/position/designation held and gives a brief idea on what the job is about. Job titles are used as a means of distinguishing between and categorizing the various positions in an organization. Job titles are also useful for a potential employee when searching for jobs, and are used by employers when looking for the right candidate in a pool of talent. The job title provides a brief overview of the responsibilities of the job or the level of position held in an organization.

A typical job title will include words such as manager, executive, assistant, associate, chief, director, etc. There are job titles that a bit more informative and explain what is done on the job; such as accountant, finance manager, software programmer, plumber, chef, etc. There are instances in which job titles can also become useful in administration purposes. Specific job titles can be tied to pay grades to assist in administration, and job titles are also used to determine a career path and used as a career ladder where an employee can progress from one title to another through promotions.

Occupation is a concept broader than a title and explains the entire sector of jobs that a number of similar titles would be a part of. An occupation could also be described as a sector or industry that an employee would like to work in. In simpler terms, an occupation defines a person’s means of earning a living. Examples of an occupation include business owner, health care provider, customer service, finance, hospitality, education, retail, etc. As you can see, such terms describe a broader collection of titles that are part of a larger sector. There are instances in which an employer will advertise a position available as an occupation. This would be to attract a wide range of talent, where the employer can then screen candidates and look for the perfect fit for the job. However, looking to fill a position by presenting occupation details should be used only when the company requires applications from a range of professionals in the field, as in doing so, the employer runs the risk of attracting individuals who may not fit the job advertised.

Title and occupation are terms very closely related to one another. Both these terms provide a brief introduction of the type of job that the individual is employed for. Despite their close relationship, the terms title and occupation are different. A person’s job title provides an explanation of what the title holder does for a living, and can show which level of the organization (in terms of hierarchy/responsibility) the job holder is in. An occupation, on the other hand, is a much broader term, and describes a sector of interest or industry in which an employee would like to work in. Taking an example, a title would be something as specific as cardiovascular surgeon, whereas occupation could be something like health care provider or doctor.

Difference Between Job Title and Occupation

• Title and occupation are terms very closely related to one another. Both these terms provide a brief introduction of the type of job that the individual is employed for.

• Job titles are used as a means of distinguishing between and categorizing the various positions in an organization.

• Occupation is a concept broader than a title and explains the entire sector of jobs that a number of similar titles would be a part of.

Difference Between Profession and Occupation

Difference Between Occupation and Designation 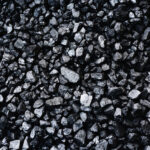 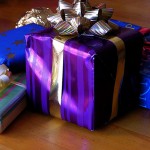 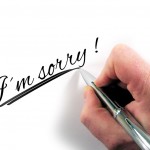 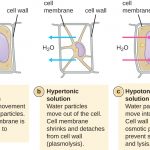