Home / Technology / IT / Programming / Difference Between JSF2 and Seam3

Seam3 application framework is basically a platform, having a set of developing tools and the modules which makes it easier for us to create the Java EE 6 web applications through it. All the developing tools provided in this application framework are basically given by the JBoss Tools and the Seam Forge. The JBoss tools are basically designed to make the developers to write, test and deploy many of the enterprise Java based applications. Similarly, the Seam Forge tools provide the ability to enhance the project’s API and its shell.

Seam is used to create the internet applications in Java by integrating many of the useful technologies, which includes the JavaServer Faces (JSF), Enterprise Java Beans (EJB 3.0), Java Persistence (JPA), Asynchronous JavaScript and XML (AJAX), Business Process Management (BPM). These technologies are combined to give the simple, easier and much more sophisticated tooling experience provided to the developers.

The design of the seam3 has been made by keeping in view the most important aspects of providing the developer with simplicity in creating these web-based applications. It also helps the developers by giving them the opportunities to assemble the entire complex applications by using simple technologies like Plain Old Java Objects (POJOs), componentized UI widgets and some of the XML.

The JSF2 is another application platform, created by using the Java Community Process (JCP), which helps to create many of the web application by reusing and assembling the developing components in a page. This JSF2 is quite similar to seam3 in many ways, as both of them are the platforms to create the web-based applications by integrating some special technologies, which are mostly different for both of these frameworks. JSF is basically establish on Model-View-Controller (MVC) design pattern, that is why most of the applications created on it are much easier and simple to handle as compared to other Servlets or Java platforms.

Difference between JSF2 and Seam3:

There is some basic difference between the two application frameworks, despite of many similarities which are:

• Seam3 can execute most of the web-based application, much faster and simpler than the JSF2. This makes the seam the more efficient application framework to work with.

• JSF2 is the simplest application platform available that is why it can run without providing much of the headache to the developer, but the Seam3 is basically a complex application framework which needs the proper setting of its Embedded JBoss tools, before working with it.

• Seam3 is much better to use with the low-level integration tests, so that one can stay away of the complexity it can cause with high level java based application for the web. 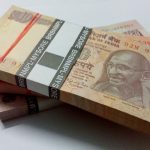 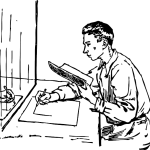 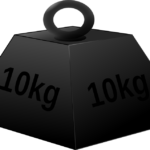