Jules Verne and H.G. Wells (or Herbert George Wells) are known as fathers of science fiction. Both the authors wrote so much truth regarding the facts of the world. When they wrote, much of the knowledge was yet to be discovered completely. But they mentioned many things at those times that lead people of today’s world to be their fans.

When we talk about the extraordinary writer in old times, who gave wonderful writing in the fiction world, the name of Jules Verne comes into our minds. This guy wrote a lot about the scientific knowledge; his novels gained a lot of popularity and still are famous among the science loving people. He wrote about the world’s facts and the most wonderful part of his writings is that when he mentioned the objects that are developed today, at his times, there was no one to think about them or even there was no concept of such a development. Due to these reasons this person got a lot of fame in today’s world also. People living in the present century admires his writings a lot and it also must be noticed that biggest movie makers have taken the movie ideas from his novels and in this way many big screen movies are made on the basis of his thoughts.

Another big name in the world of authors of old times, in which there not very much importance was given to the science fiction knowledge. This person is known as H. G. Wells or Herbert George Wells. This writer wrote a lot about the naturalistic facts. Apart from science and fiction this author wrote so much about the other ways of life. He touched many other issues arising around the globe. Throughout his life, this person was very much inclined towards the facts of the world and the facts regarding chemistry and physics. All his thoughts are reflected in his writings. His way of writing was quite blunt and clear. He was a highly educated person and his education leads him to write, discover and think so much. Although he was such a busy person his married life includes a lot many affairs as well.

The difference between the two writers lies in their thought and concepts. Jules Verne wrote more technically, his writings were more technical than of the H. G. Wells. He mentioned more scientific theories. Another major difference lies in their concepts of talking about the living beings. It is commonly said that Herbert George Wells thought quite positive as far as mankind is concerned. He was very open minded and very outspoken. He mentioned it clearly to the authorities that they must not imply such and such rules upon the mankind very straightforwardly. Another difference in their writing lies in their views, Jules Verne wrote in such a way where he himself stands as a third party, as far as Wells is concerned he wrote as being the reporter. It must be noticed that wells thought quite negative towards the technology and he mentioned about fiction more in his writings. 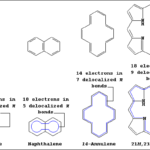 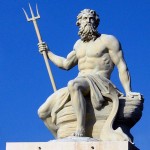 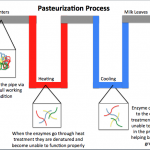 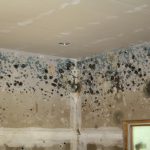