Juvenile is a term or status accorded to individuals based upon their age. This is a term that is used more often in terms of laws made for young offenders and also for courts to deal with juvenile delinquency. In every society, there is a legal age that separates adults from minors. Individuals below this age of adulthood are treated as juveniles. In most cultures and countries, this age of adulthood has been set as 18, and, therefore, individuals below this age are treated as juveniles by law and law enforcing authorities. There are norms for different behaviors in different countries and thus there is a smoking age, drinking age, voting age, and consent for sexual behavior age, and so on. Most countries have special laws and courts to deal with juvenile offenders as they are treated differently from adult criminals. This is because of the realization that there is a transitional phase between childhood and adulthood.

People who are above the age of 18 are considered as adults in most countries though there may be different acceptable ages for different behaviors such as voting, sex, smoking, drinking, driving, and so on. When an adult commits a crime, he can be arrested and remanded to judicial custody or even sent to jail, but the same treatment cannot be dealt with juveniles. A juvenile cannot be sent to jail with other adults and even in small cities where there are no separate facilities, a juvenile offender is kept with other minors and not with other adults.

What is the difference between Juveniles and Adults?

• Individuals below the age of adulthood are treated as juveniles, and this term is used more often in laws made for young offenders and also for courts to deal with juvenile delinquency.

• Juvenile is a term or status accorded to individuals based upon their age. Separate judicial system for juveniles and adults is based upon the premise that rehabilitation is required and very much possible with juveniles. On the other hand, punishment is the sole objective in the case of adults.

• Teens, when treated like adults in courts and jails, are more likely to harden as human beings as they are sexually and physically abused by hardcore adult criminals.

• Juvenile is treated as a person who cannot be held responsible for his crime like an adult. This is because such a person does not have as fully mature character, and secondly, he cannot take responsibility for their actions like adult.

Difference Between Law and Justice 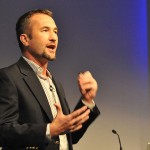 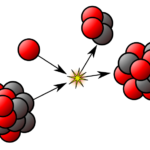 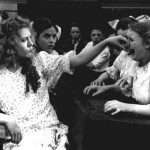