Eyes are the gift of God, and they allow us to see the world around us. But eyes can be used for aesthetic appeal also by applying various cosmetics. Especially among females, the use of Kajal and eyeliner line and define eyes making them look almost majestic. Both these products are used extensively in eye makeup and to make a woman appear more beautiful and glamorous. However, because of their similarities and similar functions, many people remain confused between a Kajal and eyeliner. This article attempts to find out the differences between these two products used for the makeup of eyes.

Kajal is a product used for lining of eyes to make a woman appear more beautiful. This is an Indian name for Kohl that has been used in many parts of the world since ancient times for beautification of eyes. Made from lead sulphide or antimony sulphide, Kajal has traditionally been used to darken eye lids and also to make eyelashes look blacker than they are. Kajal is available as a powder, as a liquid, and also as a pencil to apply directly around the eyes. Kajal is also inserted inside the eyes, to have a cooling effect since time immemorial. It is believed that applying Kajal increases vision and cures many eye ailments. It is also applied on the forehead of newborn babies in India as it is believed to protect people from evil eyes.

Kajal has been used by women to make their eyes look more dramatic and beautiful for thousands of years. It is an integral part of a makeup kit of a woman in India. While earlier it was sold in small boxes, it has become convenient for women to carry Kajal ever since it appeared in the form of brow pencils in the market. Kajal can be made at home by mixing the soot of a lamp that works on oil with ghee or butter. It can be applied with fingertip or by a small and smooth stick so as to prevent any harm to the eyes. Kajal can be easily put inside the rim of the eyes as it has no harmful effects.

Eyeliner is a makeup product for eyes that helps in lining and defining the eyes of the user. Eyeliner is mostly used by women though, of late, there is also guyliner available in the market. Making use of eyeliner helps women to draw attention of others towards their face, especially eyes. Eyeliner can not only make eyes look more beautiful, but it can also help in concealing many flaws of the eyes of the user. Eyeliner outlines the eyes in such a manner that even the most listless of eyes can start to look dramatic.

Eyeliners are available in pencil form though there are also liquid eyeliners that are applied with the help of fine brushes. Though black is the most common color of eyeliners, they are also available in brown, grey, purple, and even green colors. Eyeliners can give a bold shape to the eyes of the user and make them look dramatic and mesmerizing.

What is the difference between Kajal and Eyeliner?

• Kajal is the Indian name of the eye makeup product called Kohl around the world.

• Kajal has been used to line and define eyes since centuries though it is also put inside eyes in Indian tradition.

• Kajal is believed to improve vision and cure many eye ailments. It is also believed to ward off evil eyes as it is placed on the forehead of babies.

• Eyeliner is available as powder, liquid, and pencil form, and it is used to reshape eyes. It is not put inside the eyes like Kajal.

Difference Between Aftershave and Cologne

Difference Between Lipstick and Lip Gloss

Difference Between Deodorant and Perfume 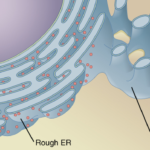