Kerala and Punjab are two very important states of the Union of India. While Punjab is a border state in north, Kerala is a coastal state in south. Punjab is inhabited by warrior Sikh tribe while Kerala is inhabited by Dravidian population. It is difficult to find similarities between these two states of India. However, there are differences galore that will be talked about in this article.

Referred to as God’s own country, Kerala is a very beautiful coastal state in India. Situate on the Malabar Coast, Kerala border the states of Tamilnadu and Karnataka while it is surrounded by Arabian Sea on the west. The total area of the state is about 15000 square miles and Thiruvanathapuram is the capital of the state. Kerala is the tourism capital of India. Despite there being metros like Mumbai, Bangalore, KolKatta, and Chennai, Kerala receives more number of tourists than any other state of the country because of its scenic beauty, backwaters, amazing greenery, and Ayurvedic treatments.

Kerala is a highly developed state because of high literacy rate and development of infrastructure. Kerala is famous for a large number of its people migrating to Gulf countries for employment. Malyalam is the state language and the people from Kerala are also known as Malyali or simply Mallu.

Kerala was known to foreign countries in ancient times and many nations had trade relations with India through Malabar Coast and the commodity that was traded most was Indian spices.

Kerala has a humid tropical climate with 120-140 days of rains. The state is known all over the world for its rich biodiversity. Nearly one fourth of the country’s plant species are found in Kerala.

The state’s economy is dependent upon the Keralites sending remittances from Gulf countries, tourism, and the robust IT sector that has emerged strongly in the last decade or so. The beauty treatments offered in Kerala are also a source of great attraction for foreign tourists.

Also called the land of the 5 rivers, Punjab is a land locked northern state of India with borders with Himachal Pradesh, Haryana, Rajasthan, J&K, and the Pakistani province of Punjab in the west. Chandigarh is the state capital, which is also a Union Territory. Punjab has a majority of Sikh population. The important industrial cities are Amritsar, Ludhiana, Jalandhar, Patiala, and Bhatinda. The Golden temple in Amritsar is a great tourist attraction.

Punjab is an agriculture based state with the highest production of grain and pulses in the country. However, Punjab has industrialized much since independence and many industries can be found flourishing in Punjab namely scientific instruments, bicycles, sewing machines, sports goods, machine tools etc. The woolen garments produced in the state are a great source of revenue. Punjab is also referred to as Manchester of India because of its woolen industry.

Punjab lies in the Indo gangetic plains and the weather varies from very hot to very cold during winters. Being a border state, Punjab saw a number of Afghan invasions and was under Mughal rule for a period of nearly 200 years. It was during Mughal period that Sikhism arose as a separate religion.

Though mainly an agricultural province (also called as Granary of India), Punjab has made great advances in the fields of industry and IT sector. It is one of the riches state in the country.

Difference Between Gujarati and Punjabi

Difference Between Punjabi and Hindi

Difference Between Tamil and Malayalam 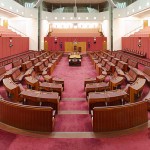 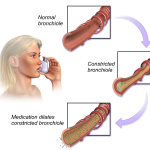