These two are very similar looking, and it is highly possible to confuse as who is who. They both are large in their physiques and, in fact, the two largest penguins in the world. Therefore, a better understanding about both King penguin and Emperor penguin would be highly beneficial for anyone. This article briefly discusses their characteristics and emphasizes the differences between them, so that it would be convenient for anyone to follow the presented information.

King penguin, Aptenodytes patagonicus, as the name portrays, is a very important member among the penguins. There are two subspecies described from Antarctica and South Georgia. They have a very large body and, in fact, it is the second largest among penguins. Their body weight ranges from 11 to 16 kilograms, and they are about 90 centimetres tall (between head and feet). Their head is blackish brown, back is silvery greyish black, belly is white, and ear patches are bright golden orange in colour. Their colouration includes bright golden yellow shading or orange tinged markings around the neck and chest areas. However, these shadings are more yellowish in immature birds. Nevertheless, newly hatched chicks are mostly light brown in colour. The plumage differs slightly between males and females, as females have more orange tinged markings around the neck and chest area than males.

King penguin has a long and black bill, which is about 12 to 13 centimetres long. In addition, their beak is slender and curved downwards. Moreover, their lower mandible has a pink or orange colour mandibular plate. Their webbed feet along with the streamlined body help to swim fast with ease. King penguins are carnivores as they feed on fish, squid, and some crustaceans. They breed with only one faithful mate each year, and their breeding cycle is 14 – 16 months long.

Emperor penguin, Aptenodytes forsteri, is a special type of penguins as far as their size and breeding are concerned. Emperor penguin is the tallest and the heaviest penguin among all of them. They are endemic to Antarctica, and there are no reports about any subspecies of the Emperor penguin. These big made flightless birds are more than 120 centimetres in their height and measures from 22 to 45 kilograms in weight.

The males and females of Emperor penguins are similar in their plumage as well as in size. Their head and back are black in colour, and the belly is white in colour. They have a pale yellow shaded breast area and bright yellow ear patches. Their chicks are ashy white except for their black colour head, beak, and eyes. The length of beak in an adult would be around 8 centimetres, and the lower mandible can be pink, orange, or lilac.

Emperor penguins are carnivorous animals and forage for crustaceans and cephalopods in the temperate, marine waters. Their breeding is important to observe as male incubates the egg while females are off for foraging during the whole incubation period that is more than two months long. During all these time, the male never takes his body out of the egg.

What is the difference between King and Emperor Penguin?

• Emperor penguin is larger and heavier than King penguin.

• King penguin has dark yellow or orange colour patches around the throat, but those are paler in Emperor penguin comparatively.

• Emperors live only on the Antarctic mainland while the Kings lives on the sub-Antarctic islands.

• Only the males of Emperors perform the incubation of egg for 64 consecutive days without feeding. However, Kings incubate their eggs for 55 days and both male and female share the responsibility. 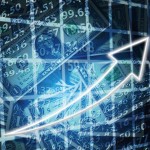 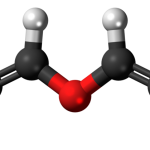