Most of us know about kosher salt that is developed to help followers of Jewish faith butcher meats according to the provisions of their dietary laws. It is a coarse salt that is light and flavorful and is used all over the country. There is another salt called pickling salt that is similar in appearance to kosher salt, thus confusing people. However, despite ostensible similarities, there are differences that will be enumerated in this article.

As the name implies, this is a special salt that is used for making pickles. This means it has to be of such a nature so as to help in the preservation of food items such as meats and vegetables. Pickling salt does not contain additives mainly to avoid the brine get discolored and cloudy. This salt is, therefore, without iodine and other additives. However, it is not that pickling salt cannot be used for other purposes as it can very well be used as common salt and to prevent it from caking a few rice grains would be sufficient. The main characteristic of pickling salt is that it sticks to food items so as to draw maximum moisture out of them thereby helping in their preservation.

Kosher salt is used by Jews to butcher meat as per the provisions of Jewish dietary laws. However, it is a general purpose salt that does not contain iodine and other additives. It is a coarse salt with large, irregular crystals that are flaky in nature making the salt less dense than the average table salt. Kosher salt does not dissolve easily in small amounts of liquids which is why it is not suitable for baking where there are no wet ingredients.

• The crystals of pickling salt are even, whereas they are irregular shape in kosher salt.

• Crystals of kosher salt are flaky making it less dense than pickling salt.

• It is easier to season meats and vegetables using kosher salt because of its large crystals as one can apply it with hands.

• Pickling salt does not contain any iodine and additives while the same cannot be said about all kosher salts.

• To use in place of table salt, a few grains of rice need to be mixed in the jar containing pickling salt to prevent it from caking. On the other hand, kosher salt can be used as a general purpose salt. 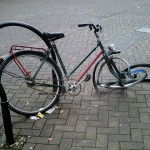