Labour party was formed in 1900 and one of the oldest political parties in the country. It has leftist leanings and is considered a party of the labour class though much water had flown in Thames since the early days when it was founded. The party has been advocating socialism for a long time that has taken democratic overtones of late. The party has been known for favoring a welfare state with more rights for the working classes and distribution of assets in a more equitable manner. However, with the beginning of the 80’s, there has been a shift in the position of the party on most social and economic issues to be seen as a centrist party. This shift has been pronounced in favor of neo-liberalism, so much so that the traditional vote bank of the party, the labour class, has started to feel alienated with the party.

Also, popularly known as Tory Party, the Conservative Party is believed to have branched out of Tory Party way back in 1834. It is an older party than the Labour Party. Before 1920’s, Liberal party was more popular and considered the alternative to Labour party but soon after, Conservative party emerged as the major contender among the political parties. The party is believed to have right leanings while occupying a central position on the political spectrum. While the members of the party were earlier called Tories, it was George Canning who coined the term Conservatives for the members of the party. The party was officially renamed as the Conservative Party in 1834. Conservative party has had its strong links with trade unions across the country.

What is the difference between Labour and Conservative?

• Labour Party has traditionally been seen as a party of the labour class while conservatives have been considered as nationalistic.

• Conservative party has branched out of erstwhile Tory Party and is an older party than the Labour Party.

• While there was a division of votes along class lines earlier, the distinction has somewhat blurred in recent times, forcing both Conservative Party and Labour Party to make a shift in their positions.

• The main differences between Conservative Party and Labour Party pertain to measures of tackling poverty and inequality.

• The parties take different stands on taxation and the extent to which state should intervene in the economy of the country.

Difference Between Progressive and Liberal 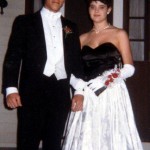