Home / Others / Difference Between Laminated and Toughened Glass

Glass is one material that is used on a very large scale in our lives. In addition to making use of glass in the form of lenses in eyewear, glass is mostly used in the form of windows of buildings and automobiles and as glasses to hold liquids. Glass is transparent and brittle and breaks down when dropped from a height or hit by a hard object. This has led to manufacture of safety glass that does not break easily, and even if it breaks, it does not cause harm or injury to human beings in the vicinity. Laminated glass and toughened glass are two such varieties of safety glass that confuse many because of their similarities. However, there are differences between laminated and toughed glass that will be highlighted in this article.

If you have ever seen a shattered windshield of a car, you know what a toughened glass is. This is a specially created glass that has more strength than ordinary glass. Also called tempered glass, toughened glass is produced by introducing chemical and thermal treatments during the manufacturing process. These treatments create a kind of stress that ensures that, in the eventuality of this glass being broken, it breaks into small pieces that are less likely to cause any harm to other people.

As the name implies, toughed glass is used in applications where glass of high strength is required such as windows of trains and busses, airplanes, doors in buildings, bullet proof enclosures, and even the trays of fridges. The main reason for making toughened glass is to avoid injury and accidents to human beings as this glass, when it breaks, shatters into small cubes rather than into shards.

Toughed glass can be up to 5 times stronger than ordinary glass. This implies one as to use a much greater force in order to break it. This is the reason why all glass used in public facilities is normally toughened glass. Toughened glass proves to be a major safety advantage over ordinary glass

What is the difference between Laminated and Toughened Glass?

• Both laminated as well as toughened glasses are types of safety glass that have added features for safety and security though there are differences in manufacturing of these two types of glass.

• Laminated glass is actually two layers of thin glass separated by an interlayer made of vinyl material.

• Toughened glass is manufactured by introducing chemical and heat treatments that create stress that causes the glass to shatter into small cubes rather than into shards.

• Laminated glass has many other advantages such as the reduction of sound, filtering of UV rays, fire resistance etc.

Difference Between Citation and Quotation 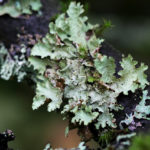