Lattice and crystal are two words that go hand in hand. These two words are interchangeably used, but there is a small difference between the two.

Lattice is a mathematical phenomenon. In chemistry, we can see different types of ionic and covalent lattices. It can be defined as a solid, which has a three- dimensional ordered arrangement of basic units. The basic unit can be an atom, molecule or an ion. Lattices are crystalline structures with these repeated basic units. When ions joined with ionic bonds, they form ionic crystals. For example, sodium chloride can be taken. Sodium is a group 1 metal, thus forms a +1 charged cation. Chlorine is a nonmetal and has the ability to form a -1 charged anion. In the lattice, each sodium ion is surrounded by six chloride ions, and each chloride ion is surrounded by six sodium ions. Due to all the attractions between ions, the lattice structure is more stable. The number of ions present in the lattice varies with the size of it. Lattice energy or enthalpy of lattice is the measure of the strength of the ionic bonds in the lattice. Normally lattice enthalpy is exothermic.

Diamond and quartz are two examples for three-dimensional covalent lattices. Diamond is composed of only carbon atoms, and each carbon atom is covalently bonded to four other carbon atoms to form the lattice structure. Therefore, each carbon atom has the tetrahedral arrangement. Diamond, by forming a structure like this, has gained a high stability. (Diamond is known to be one of the strongest minerals.) Quartz or silicon dioxide also has covalent bonds, but they are between silicon and oxygen atoms (lattice of different atoms). Both of these covalent lattices have a very high melting point, and they cannot conduct electricity.

Crystals are solids, which have ordered structures and symmetry. The atoms, molecules, or ions in crystals are arranged in a particular manner, thus have a long-range order. Crystals are naturally occurring on earth as large crystalline rocks, such as quartz, granite. Crystals are formed by living organisms too. For example, calcite is produced by mollusks. There are water-based crystals in the form of snow, ice or glaciers. Crystals can be categorized according to their physical and chemical properties. They are covalent crystals (e.g. diamond), metallic crystals (e.g. pyrite), ionic crystals (e.g. sodium chloride) and molecular crystals (e.g. sugar). Crystals can have different shapes and colors. Crystals have an aesthetic value, and it is believed to have healing properties; thus, people use them to make jewelry.

Difference Between Bauxite and Aluminum 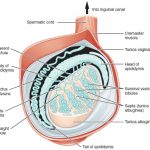