It is hard to find a profession other than legal profession where there are so many nomenclatures used for a person trained in law. There are barristers, lawyers, solicitors, advocates, attorneys, and there are counselors. A common man may be confused as to whose help should he seek for the redressal of his grievance or complaint. The terms most confusing are lawyer and attorney and these terms are used almost interchangeably as if they were synonyms. But is it really so in practice and reality? Let us find out.

It is seen that whether the term is practically used to denote legal persons or not, lawyer is retained to refer to a person who has studied law and is qualified enough to give legal advice on a long range of subjects such as property, succession, contracts and agreements, wills, investments etc. They are also professionals who are capable of representing your case in a court of law to work in your favor. They charge fees for consultation as well as representing their clients in a court of law.

Attorney is a term that is used more in the US than Europe, where the corresponding words are barristers and solicitors. Attorney is also called attorney-at-law. He is the person who has the qualification to stand in a court of law in front of a jury and represent the case of his client. Though, the term lawyer is also sometimes used for the legal person who represents and defends the case of his client in a court of law, it is more often reserved for a person who is consulted on legal matters and his advice is sought to escape the penalty provisions in law.

An attorney is a lawyer whose services are hired by a person to act on his behalf in a court of law and to present his case in a watertight manner to get a favorable verdict from the jury. However, all said and done, if you are standing in Britain, you wouldn’t be asking this question as there are nomenclatures like barristers and solicitors and not attorney to describe the legal person who represents client’s cases in a court of law. It is in the US that the word attorney is commonly used. In UK, solicitors do all the legal stuff like preparing documents for their clients and even appear on their behalf in lower courts. But is it the duty of barristers when it comes to fighting the cases of their clients in higher courts. But it is just attorneys in the US whether it is a lower court or a higher court.

But there is a document called power of attorney that is used in all parts of the world, and you cannot call it power of lawyer even if the person preparing it were to be a lawyer.

Difference Between Legal and General Counseling 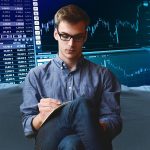