The term LED stands for light emitting diode. LED TV is a common term used to identify LED backlit LCD TVs. Both LED and OLED TVs are relatively new in technology. These displays are used in home theaters, laptop computers, desktop computers and even portable devices. These two new and upcoming technologies are considered as the next big things in the display technology. In this article, we are going to discuss what LED TV and OLED TV are, their similarities, the pros and cons of LED TVs and OLED TVs, the technologies used in these two, and finally the difference between LED TV and OLED TV.

LED backlit LCD TVs are commonly known as LED TVs. LED stands for Light Emitting Diode, and LCD stands for Liquid Crystal Display. In LED TVs, the display technology used is actually LCD. LED technology is only used as the backlighting method. There are three technologies of LED backlighting. Edge – LED technology uses a set of LEDs dispersed around the edge of the display. The light generated from the edge LEDs are then distributed evenly using a diffusion panel. The dynamic RGB LED technology uses an array of LEDs. The brightness of each and every LED can be adjusted individually. A full array LED display uses an array of LEDs, which cannot be controlled individually. The LED TVs are capable of creating a high contrast. The dynamic RGB LEDs are capable of making local brightness changes thus creating a more realistic image. The usage of LED backlighting uses less space thus a very thin panel can be created. The power consumption of LED backlight is very low compared to others. This is very useful in portable devices such as laptops and digital cameras. LED backlighting also gives good brightness levels and good contrast levels.

The term OLED is the abbreviation of Organic Light Emitting Diode. OLED TVs use a set of organic LEDs embedded to a panel to display images. An OLED TV display consists of five layers. The substrate is a clear glass or a plastic layer, which is the support layer. The anode layer is a transparent layer. A conductive layer is made out of organic polymers that transport holes from the anode. Polyaniline is one such organic conductor used in OLED displays. Emissive layer is responsible for the emission of light. The emissive layer is also made of an organic polymer. Polyfluorene is a common compound used to make the emissive layer. Cathode is the place, which ejects electrons to the diode. An OLED display consists of millions of such OLEDs.

Difference Between NTSC and PAL 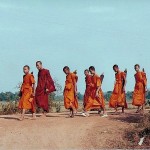 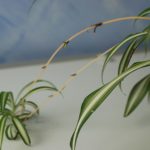