Legislation is the law that’s been enacted by a legislature or the law making body of an industry or a country. In a government in particular, members of the legislature, which could either be Congress or Parliament, usually propose an item to the other members. Before an item is passed as a law, it is known as a bill or “legislation” while it is still under review and consideration. At this point, other members of the legislature debate on it until it’s decided by majority vote to pass the bill and make it a law.

Once the law is passed, it is then the responsibility of the regulatory board to have it executed. A way to achieve this feat is by issuing out rules on how the law will be implemented which must be complied by its constituents. These set of rules is what makes a regulation.

Difference between Legislation and Regulation

In comparison, legislation is law passed by a legislative body while regulation is a set of rules or guidelines issued by an executive body such as government agencies or regulatory boards in compliance with the law. Therefore when legislature passes a law that requires government hospitals to do away with down payment upon patient admission, it is the responsibility of the regulatory body, in this case the department of health, to enforce such law through its own regulation on its constituents. It is clear that legislation is aimed at coming up with a resolution in order to protect, to prohibit, to grant or to sanction its subjects and have it enforced and regulation is aimed at making things done.

In our society, it is important to have set of rules or laws that help us be organized and guided in everything we do. Otherwise, there will be chaos. As constituents, it is part of our responsibility to observe the regulations set out and have respect for the law.

Difference Between Weather and Whether 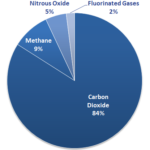