Today we are going to compare an Apple device with a device from a company that Apple hasn’t sued just yet in the mobile computing arena. Both companies have had their strong suites, and it’s not the first time they are competing either. However, now the competition is getting intense with Apple losing their smartphone market share and position in China for Lenovo. The culprit from Lenovo is K800 smartphone although that’s not what we are going to talk about here. We will be talking about a tablet instead, one that might exceed in sales in Asian countries over Apple new iPad. It’s rather easy to come in to such a predicament due to the competitive price it’s offered. Hence we will talk about Lenovo IdeaTab 2109A and compare it against Apple iPad 2. Of course, Apple iPad 2, as well as new iPad, is worthier components, but we’ll start with Apple iPad 2 for now.

Apple has recently won a patent war against Samsung. These patents were taken for rather intuitive operations; nonetheless, they were legally binding and hence Samsung will have to pay a fine of a huge sum. If you look at the history of Apple, you can see more than dozens of occasions where Apple sued against different firms. These firms were basically their main rivals at that given time. Patent infringement is a serious crime, and what we can understand from this constant flow of cases is either Apple has a highly agile team that innovates constantly and consistently or that Apple is claiming patents for intuitive operations and when they are mimicked, sues the competitor for a fine. We will leave you to decide what Apple has adopted from these two strategies. However, no one can refuse that Apple has been an innovator in our era.

Meanwhile, Lenovo is well known for the superior quality of their laptops. Many professionals in the IT related industries prefer to use Lenovo Laptops. This is because these laptops are durable, highly efficient and way ahead of their time enabling them to use the laptop for prolonged durations of times without getting outdated. Although this is the case, Lenovo Laptops are only moderately popular among common crowds. This is mainly because of the expensive price tag they carry. So when they came in to the mobile computing market by introducing smartphones and tablets, we were trying to understand which market they are trying to appeal. At that time, it seems they were trying to appeal the same market as their laptops, but as time passed and new models were introduced, we concluded that Lenovo is actually trying to reach a diverse market with a diverse set of products. One such incident is the release of three new tablets falling in to high end, mid-range, and budget range.

Lenovo IdeaTab A2109A is a 9 inch tablet that fits between the 7 inch and 10 inch tablet storm. It has moderate performance matrices although we have to take it for a run to ensure the quality. It has a LCD capacitive touchscreen featuring a resolution of 1280 x 800 pixels at a pixel density of 167ppi. IdeaTab 2109A has an all-aluminum variety rear encasement which can appeal to your finer tastes. It is rather light for a tablet in this class weighing 1.26 pounds. Lenovo IdeaTab 2109A is powered by 1.2GHz quad core processor on top of NVIDIA Tegra 3 chipset with 1GB DDR3 RAM. Android OS v4.0.4 ICS is the current operating system although we hope Lenovo would release an upgrade to v4.1 Jelly Bean soon. This is not a powerhouse by the looks of it, but it certainly wouldn’t break your heart. If you buy this tablet, we guarantee you’re in for some sweet gaming experience with the 12 core NVIDIA Tegra 3 GPU.

IdeaTab A2109A comes in 16GB of storage capacity while having the option to expand the storage using microSD card up to 32GB. There is a 3MP camera at the rear as well as a 1.3MP camera in the front for video calling. IdeaTab A2109A is certified for SRS premium sound which means you are in for a great audio experience, as well. There is a 3.5mm headphone port and a micro USB port as well as a micro HDMI port. Unfortunately, IdeaTab 2109A doesn’t sport HSDPA connectivity. Instead, it’s limited to Wi-Fi 802.11 b/g/n which may be an issue if you are in a country where Wi-Fi networks are rare. We don’t have records about the battery usage patterns as of yet although it was purported that Lenovo IdeaTab 2019A would come with a two cell lithium ion battery. The prerelease is offered at a price of $299 at BestBuy.

The much reputed device comes in many forms, and we are going to consider the version with Wi-Fi and 3G. iPad 2 has such elegance with its height of 241.2mm and width of 185.5mm and the depth of 8.8mm. It feels so good in your hands with an ideal weight of 613g. The 9.7inches LED backlit IPS TFT Capacitive touchscreen features a resolution of 1024 x 768 with a pixel density of 132ppi. The fingerprint and scratch resistant oleophobic surface gives an additional advantage to iPad 2, and the accelerometer sensor and Gyro sensor come in built, as well. The particular flavor of the iPad 2 we have chosen to compare has the HSDPA connectivity as well as the Wi-Fi 802.11 b/g/n connectivity.

The iPad 2 comes with a 1GHz dual core ARM Cortex A-9 processor with PowerVR SGX543MP2 GPU on top of Apple A5 chipset. This is backed up by a 512MB RAM and three storage options of 16, 32 and 64GB. Apple has their generic iOS 4 responsible for the controls of iPad 2, and it also comes with an upgrade to iOS 5. The advantage of the OS is that it’s correctly optimized to the device itself. It isn’t offered for any other device; thus the OS does not need to be generic like Android. iOS 5 is thus centric on iPad 2 and iPhone 4S, which means it understands the hardware perfectly well and optimally manages every bit of it to give an awesome user experience without the slightest bit of hesitation.

Apple has introduced a dual camera set up for iPad 2, and while this is a good addition, there is a large room for improvement. The camera is only 0.7MP and has a poor image quality. It can capture 720p videos @ 30 frames per second, which is good. It also comes with a secondary camera bundled with Bluetooth v2.0 that would please the video callers. This gorgeous gadget comes in either black or white and has a sleek design that just pleases your eyes. The device features Assisted GPS, a TV out and famous iCloud services. It practically syncs over any Apple device and has the element of flexibility included in it like no other tablet has ever done.

Apple has bundled the iPad 2 with a battery of 6930mAh which is quite bulky, and it features an effective time of 10 hours, which is good in terms of a Tablet PC. It also features a lot of niche iPad based applications and games taking advantage of the unique nature of its hardware.

A Brief Comparison Between Lenovo IdeaTab A2109A and Apple iPad 2

Difference Between MacBook Air and iPad 2 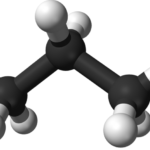