CES 2013 revealed a lot of wonderful gadgets and some of the worst gadgets we have seen, as well. We need to realize that categorizing something as a bad design is entirely objective. There might be standards adhered by certain industries as best practices, but designing is a delicate matter that can appeal to someone even if it went wrong somewhere in between the design stage. However we are not going to talk about a failed design today; instead we are going to talk about one smartphone that caught the attention from almost all the geeks around. This smartphone was disparate compared to the others exiting in the market. Don’t take me wrong, it isn’t physically different nor has a different form factor. Its interior is different, featuring a new architecture; Intel Clover Trail +. Lenovo has taken another giant step towards promoting Intel processors on smartphones. This can be a turning point for smartphones if played correctly because Intel processors are proven in the PC market and hence they would receive initial respect from the consumers. Let us compare it with a top smartphone in today’s market; LG Optimus G. We have reviewed both individually and commented on their differences respectively.

Lenovo has wowed us again this time around in CES 2013 just like they did back in 2012. They introduced IdeaPhone based on Intel Medfield processor last year and now they are back with another Intel processor. This time, Lenovo K900 is powered by Intel Clover Trail + processor; to be precise, Intel Atom Z2580 clocked at 2GHz. It is backed up by 2GB of RAM and PowerVR SGX544MP GPU. The whole setup is controlled by Android OS v4.1 in the preview smartphones, and Lenovo promises to release it with v4.2 Jelly Bean when it’s released in April. The internal memory is at 16GB with the option to expand it using microSD card up to 64GB. We are seeing several benchmark comparisons reporting that Lenovo K900 to be twice as faster as the best smartphone based on Qualcomm Snapdragon S4 in AnTuTu benchmarks. The reliability of the benchmark results is not yet verified; however, there were more than one report of such ultra-high benchmarks from multiple origins, which may indicate that Lenovo K900 indeed is a super smartphone. It might be the case because of the powerful Intel Atom processor used based on Clover Trail + backed up by the ample 2GB RAM.

Lenovo K900 has 5.5 inch IPS LCD capacitive touchscreen featuring a resolution of 1920 x 1080 pixels at a pixel density of 401ppi. The display panel is fortified with Corning Gorilla Glass 2. The outlook is elegant with a premium look and, since Lenovo K900 is extremely thin, it adds up to the vibrant physiques of this smartphone. It doesn’t seem to feature 4G LTE connectivity which is understandable because it’s using Intel Clover Trail + platform. The 3G HSPA + connectivity accommodate significant speed enhancements, and the Wi-Fi 802.11 a/b/g/n ensures continuous connectivity. One can also host a Wi-Fi hotspot and share your internet connectivity with your friends, as well. Lenovo has included 13MP camera with dual LED flash that can capture 1080p HD videos at 30 frames per second. It also has a 2MP camera for the purpose of video conferencing. Everything about Lenovo K900 seems impressive, but we have one doubt. Lenovo hasn’t reported the battery capacity of this device and given it is using Intel Clover Trail +, we reckon it’ll need a hefty battery. If that’s not the case, it’s more likely that you’ll run out of juice in a matter of few hours with the powerful 2GHz dual core Intel Atom processor.

LG Optimus G is the new addition for the LG Optimus product line which is their flagship product. We have to admit that it doesn’t carry the looks of a high end smartphone, but believe us, it is one of the best smartphones in the market today. The Korean based company LG has truly enticed the customer base by including some new features that haven’t been seen before. Before talking about them, we’ll have a look at the hardware specs of this device. We call LG Optimus G a powerhouse because it has 1.5GHz Krait Quad Core processor built on top of Qualcomm MDM9615 chipset with the brand-new Adreno 320 GPU and 2GB of RAM. Android OS v4.0.4 ICS is currently governs this set of hardware while a planned upgrade would be available to Android OS v4.1 Jelly Bean. The Adreno 320 GPU is purported to be three times as faster compared to the previous Adreno 225 edition. It is reported that the GPU can enable seamless zooming in and out of a playing HD video, which shows its excellence.

The Optimus G comes with a 4.7 inches True HD IPS LCD capacitive touchscreen that features a resolution of 1280 x 768 pixels at a pixel density of 318ppi. LG has mentioned that this display panel recreates a life-like fashion with high color density more naturally. It has in-cell touch technology which eliminates the need to have a separate touch sensitive layer and reduces the thickness of the device substantially. There is also a rumor saying that this is the type of display LG is manufacturing for the next Apple iPhone although there isn’t any official indication to back that up. Confirming the thickness reduction, LG Optimus G is 8.5mm thick and scores dimensions of 131.9 x 68.9mm. LG has also improved the optics to 13MP camera that can capture 1080p HD videos @ 30 frames per second along with 1.3MP front camera for video conferencing. The camera allows the user to snap photos with a voice command which eliminates the need for a countdown timer. LG has also introduced a feature called ‘Time Catch Shot’ enabling the user to choose and save the best capture among a set of snaps taken just before the shutter button is released.

LG Optimus G comes with LTE connectivity for high speed internet along with Wi-Fi 802.11 a/b/g/n for continuous connectivity. It also has DLNA and can host a Wi-Fi hotspot to share your high speed internet connection with friends. The 2100mAh battery included in LG Optimus G may be sufficient to get through the day and with the enhancements LG has introduced, the battery might last longer. Optimus G has asynchronous symmetric multiprocessing technology that enables the cores to independently power up and down contributing to an improved battery life.

A Brief Comparison Between Lenovo K900 and LG Optimus G

Even for a layman, a simple comparison on paper would indicate that Lenovo K900 and LG Optimus G count as the top smartphones in the market. If you inspect further, you can see that Lenovo K900 is built on Intel Clover Trail + platform while LG Optimus is built on top of Qualcomm Snapdragon S4 platform. We have had extensive experience with Snapdragon S4; Lenovo K900 features the first processor of its kind. We have no doubt that it is fast, but how fast is something we cannot comment on right now! Early benchmarks indicate that Lenovo K900 would be as twice as fast as any top smartphone in the market, but these rumors are not reliable to trust upon. Apart from that, one thing you can clearly see is that Lenovo K900 has a better display panel and optics compared to LG Optimus G. We are hoping that it would be offered under a competitive price tag, as well. The only concern we have as of now is the issue about battery life. With an Intel Atom processor inside, that becomes a significant issue. In fact, that has been why Intel processor based smartphones have failed the market so far. Hence, if Lenovo has found a way past that, K900 certainly would be a delightful beauty to have in your pocket. 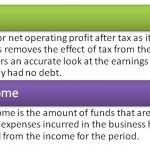 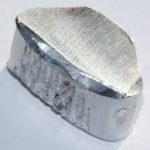