There was a time when the fight for processors happened between Intel and AMD. That was more than ten years back when the PC was still popular. Nowadays the real competition is between mobile SoC giants like Qualcomm and Nvidia and Samsung. This has perhaps outdated the competition of Intel in the market and might have frightened the big boys because we’ve increasingly seeing Intel SoCs for mobile platforms, as well. Last year we saw Lenovo revealing a smartphone based on Intel Medfield processor, but this was not a hit in the market. However, neither Intel nor Lenovo has given up because exactly after one year, in CES 2013, Lenovo has revealed their new K900, which is a smartphone based on Intel Clover Trail +. The basic problem with using Intel is the battery life issue which is sometimes hard to tackle. If Lenovo and Intel somehow tackled that, then they are going to get a flagship product out of this one. There is a benchmarking result that is been circulated in Internet claiming that Lenovo K900 is twice as faster compared to the best Quad Core smartphones in the market, but the reliability of this information is not verified yet. However, this has awakened a sensation among smartphone enthusiasts about the future of Intel based smartphones. Hence let us compare it with one of the best smartphones in the market as of today from Samsung. This is our take for Lenovo K900 and Samsung Galaxy Note II.

Lenovo has wowed us again this time around in CES 2013 just like they did back in 2012. They introduced IdeaPhone based on Intel Medfield processor last year and now they are back with another Intel processor. This time, Lenovo K900 is powered by Intel Clover Trail + processor; to be precise, Intel Atom Z2580 clocked at 2GHz. It is backed up by 2GB of RAM and PowerVR SGX544MP GPU. The whole setup is controlled by Android OS v4.1 in the preview smartphones, and Lenovo promises to release it with v4.2 Jelly Bean when it’s released in April. The internal memory is at 16GB with the option to expand it using microSD card up to 64GB. We are seeing several benchmark comparisons reporting that Lenovo K900 to be twice as faster as the best smartphone based on Qualcomm Snapdragon S4 in AnTuTu benchmarks. The reliability of the benchmark results is not yet verified; however, there were more than one report of such ultra-high benchmarks from multiple origins, which may indicate that Lenovo K900 indeed is a super smartphone. It might be the case because of the powerful Intel Atom processor used based on Clover Trail + backed up by the ample 2GB RAM.

Lenovo K900 has 5.5 inch IPS LCD capacitive touchscreen featuring a resolution of 1920 x 1080 pixels at a pixel density of 401ppi. The display panel is fortified with Corning Gorilla Glass 2. The outlook is elegant with a premium look and, since Lenovo K900 is extremely thin, it adds up to the vibrant physiques of this smartphone. It doesn’t seem to feature 4G LTE connectivity which is understandable because it’s using Intel Clover Trail + platform. The 3G HSPA + connectivity accommodate significant speed enhancements and the Wi-Fi 802.11 a/b/g/n ensures continuous connectivity. One can also host a Wi-Fi hotspot and share your internet connectivity with your friends, as well. Lenovo has included 13MP camera with dual LED flash that can capture 1080p HD videos at 30 frames per second. It also has a 2MP camera for the purpose of video conferencing. Everything about Lenovo K900 seems impressive, but we have one doubt. Lenovo hasn’t reported the battery capacity of this device and given it is using Intel Clover Trail +, we reckon it’ll need a hefty battery. If that’s not the case, it’s more likely that you’ll run out of juice in a matter of few hours with the powerful 2GHz dual core Intel Atom processor.

The network connectivity is reinforced with 4G LTE that varies regionally. Galaxy Note II also features Wi-Fi 802.11 a/b/g/n with DLNA and the ability to create Wi-Fi hotspots to share your internet connection with friends. It also has NFC along with Google Wallet. The 8MP camera has become a standard in the smartphones these days and Note II features a 2MP camera on the front for the use of video conferencing. The back camera can capture 1080p HD videos at 30 frames per second with image stabilization. One of the specialties in Galaxy Note series is the S Pen stylus provided with them. In Galaxy Note II, this stylus can do a lot more compared to the conventional styluses featured in the market. For instance, you can flip over a photo, to get its virtual backside and scribble down notes just as we do on actual photos sometimes. It can also act as a virtual pointer on the Note 2’s screen which was a cool feature. Galaxy Note II also has the function to record your screen, every key stroke, pen marking and stereo audio and save it to a video file.

A Brief Comparison Between Lenovo K900 and Samsung Galaxy Note 2

The two smartphones we discussed today are undoubtedly at the top of the market due to their innovative high end feature vector. However, they have something fundamentally different. Usually we compare smartphones that have similar SoCs; mostly, it’s either Qualcomm or Nvidia or Samsung Exynos, but in this instant, we are comparing a Samsung Exynos with Intel Atom Z2590 which is implemented on a whole different architecture. In the light of that; what we need to compare is the performance versus the power consumption. As far as we can assume, an Intel Atom processor clocked at 2GHz is rather power hungry and given Lenovo K900 is only 6.9mm thick; it doesn’t seem to include a hefty battery either. So even if the performance would undoubtedly be greater than that of Samsung Galaxy Note 2, we need to think about how long you can use the smartphone under casual use. If you can’t use the handset throughout the day, you may have an issue with this wonderful piece of engineering. So let us wait till Lenovo releases information about power consumption of K900 and see how the dice rolls. 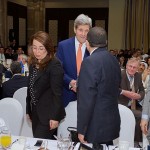 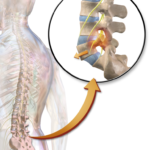 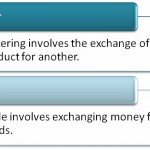