CES 2012; certainly it has been enjoyable to see all the major manufacturers coming in to a single arena to change the game and get their product noticed. One such product unveiled at the CES 2012 is Lenovo S2 smartphone. This is special for Lenovo because it’s the first smartphone endeavor for the giant in Laptop industry. Thus, the success of Lenovo S2 will define how Lenovo would continue to sail on these deep oceans of the smartphone world.

We have picked the perfect competition for Lenovo S2 today and that is Samsung Galaxy S II. A more matured and renowned product, which is somewhat old, but the specs are up to date, to be matched with Lenovo S2. We can consider this comparison as a benchmark on what’s to expect in Lenovo S2 and how would it be embraced by the tech savvy’s out there.

The Lenovo S2 lies somewhere in the in between of a high end smartphone at an economical investment range. It comes with 1.4GHz Qualcomm Snapdragon single core processor with either 512MB or 1GB of RAM depending on the set up you choose. That is to say, Lenovo S2 will come either in 512MB RAM with 8GB of internal storage, or 1GB RAM with 16GB of internal storage. We are hoping that it would have the ability to expand the memory using a microSD card for 16GB storage just won’t suffice nowadays. It has 3.8 inch screen with 800 x 480 pixels resolution, which is acceptable. We would have been rather happy to hear S2 doing a better resolution than this though. The apparent setback in Lenovo S2 is that it does not run on latest Android OS v 4.0 IceCreamSandwich. Lenovo has decided to port its product with Android OS v2.3 Gingerbread, and they have not announced about an upgrade to ICS either. We are guessing that there will be an upgrade to ICS because the specs of this handset can handle ICS very well.

Lenovo S2 comes with 8MP camera at the rear with some advanced features and VGA camera for the use of video conferencing. We suspect geo tagging will be enabled with the use of Assisted GPS and Lenovo S2 would come with usual aspects on an Android smartphone. The network connectivity is still unknown, although, we can be certain for it to have HSDPA connectivity. Our guess is that Lenovo won’t try to introduce a 4G handset in Lenovo S2 debut run. It also has the ability to sync the media content automatically with cloud infrastructure and among cross devices, which is great. The improved UI with a clean layout included in Lenovo S2 seems to be an attraction, as well. As per Lenovo, this handset boasts of unique kernel level security that protects your data and prevents phishing and SMS trafficking. It is indeed a welcome addition and one that would grab the attention of seekers out here in Las Vegas at CES.

Samsung is the leading smartphone vendor in the world, and they have actually gained much of their popularity though Galaxy family. It is not just because Samsung Galaxy is superior in quality and uses cutting-edge technology, but it’s because Samsung is also concerned about the usability aspect of the smartphone and make sure that has the due attention. Galaxy S II comes in either Black or White or Pink and has three buttons at the bottom. It also has the same curved smooth edges Samsung gives to Galaxy family with an expensive looking plastic cover. It is really light, weighing 116g and ultra-thin too having a thickness of 8.5mm.

The renowned phone was released in April 2011. It comes with a 1.2GHz ARM Cortex A9 dual core processor on top of Samsung Exynos chipset with Mali-400MP GPU. It also had 1GB of RAM. This was top-notch configuration back in April, and even now only a few smartphones surpass the configurations. As I have mentioned earlier, this itself is good enough reason to dig the previous advertisements to be replayed. The operating system is Android OS v2.3 Gingerbread, and luckily, Samsung promises an upgrade to V4.0 IceCreamSandwich soon. Galaxy S II has two storage options, 16 / 32 GB with the ability to expand the storage using a microSD card up to 32 GB more. It comes with 4.3 inches Super AMOLED Plus Capacitive touchscreen featuring a resolution of 480 x 800 pixels and a pixel density of 217ppi. While the panel is of superior quality, the pixel density could have been somewhat advanced, and it could have featured a better resolution. Nonetheless, this panel reproduces images in a great manner that would catch your eye. It has HSDPA connectivity, which is both fast and steady, along with Wi-Fi 802.11 a/b/g/n, and it can also act as a Wi-Fi hotspot, which is really attractive. With the DLNA functionality, you can stream rich media directly to your TV wirelessly.

Samsung Galaxy S II comes with 8MP camera with autofocus and LED flash and some advanced functionalities. It can record 1080p HD videos at 30 frames per second and has Geo-tagging with the support of A-GPS. For the purpose of video conferences, it also features a 2MP camera on the front bundled with Bluetooth v3.0. Besides the normal sensor, Galaxy S II comes with a gyro sensor and the generic Android applications. It features Samsung TouchWiz UI v4.0, which gives a good user experience. It comes with 1650mAh battery and Samsung promises a talk time of 18 hours in 2G networks, which is simply amazing.

We’ve been looking at a handset that is more than 6 months old and compared it with a handset that was just released. The market we are in evolves with such a speed that, by now the 6 months old product should have been outdated. But the beauty of that is, Samsung Galaxy S II still stands to be a giant in the smartphone arena keeping a high profile. We praise Samsung for this wonderful piece of art for it continuously sets benchmarks for the new products. Been the first handset from Lenovo, S2 certainly promises a smarter smartphone series with their well served expertise in mobile computing platforms. It almost matches the performance benchmarks set by Samsung Galaxy S II, but would have done better with some more processing power, preferably a dual core and more RAM for the 512MB RAM edition. It also has room for improvement in terms of the screen panel, camera and HD playback. For instance, even though both offer the same resolution, the Super AMOLED Plus panel reproduces images with more clarity than Lenovo S2. Thus, in a nutshell, our conclusion would be that Samsung Galaxy S II still excels regardless of been aged quite a lot. But that is not to run down Lenovo S2 since it matches the performance of Samsung Galaxy S II in certain ways and with some penetration pricing scheme, it might even be our choice for an investment. 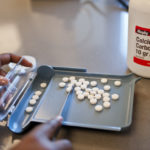 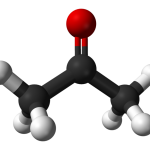