Lens is a word that is used to refer to spherical glasses that are used to focus light on the retina of human beings. Lens is also a part of the human eye. The usual spelling of the word is lens, but there are many people around the world who use lense for lens. This confuses some people as they do not know which one of the two spelling variations to use. There are also people who feel that lens and lense are two different things. This article attempts to take a closer look to come up with answers to all the confusion surrounding lens and lense.

Lens is a device made of transparent material such as glass with curved surfaces that are used to focus ray of light to form an image at the desired place for human beings. The plural form of lens is lenses. These devices are used by people with poor vision as lenses allow them to see everything around them in a clear manner, and also used in cameras. It is also a word used to refer to sunglasses or safety glasses used by human beings. Lens is also a part of human anatomy.

Lense is a spelling variant that is used by some people in different parts of the world. Though MS word rejects this spelling when one is typing in MS word, it is a spelling that is accepted as correct by many dictionaries. However, the fact that most people use the spelling lens makes people feel as if lense is a wrong spelling or refers to something else.

• Lens is the correct spelling but lense is also not incorrect. However, the plural form of lens is lenses.

• Though lens is used by most people and it is very common, it does not mean that lense is incorrect.

• As the plural of lens is lenses, etymologically, lense makes more sense than lens as one can make the plural by adding just a single s as is the case with many other nouns.

Difference Between Onshore and Offshore 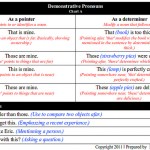 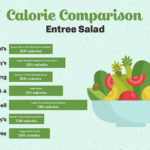