Blood is a special type of connecting tissue composed of a fluid matrix called plasma and several kinds of cells and other formed elements that circulate within the plasma. Blood has many functions including transportation, regulation, and protection. Moreover, there are three types of formed elements of blood cells and cell fragments: erythrocytes, leukocytes, and platelets. Each element of blood has a specific task in the process of maintaining the body’s health and homeostasis. Furthermore, all cells and other elements develop from multipotent stem cells. We also call leukocytes as white blood cells. Lymphocytes are one of the five types of leukocytes.

Granular leukocytes include neutrophils, eosinophils, and basophils; all these have granules in their cytoplasm. Nongranular leukocytes include monocytes and lymphocytes; they do not contain the granules in their cytoplasm. Furthermore, each type of leukocyte has a specific function in defending against invading microorganisms and other foreign substances. Among these cells, neutrophils are the most numerous, followed in order by lymphocytes, monocytes, eosinophils, and basophils.

In humans, lymphocytes arise from lymphoid stem cells. Lymphocytes are mainly responsible for carrying out adaptive immunity responses in humans. Additionally, these cells have receptor proteins on their surfaces that can recognize specific antigens and direct immune response against them. There are two types of lymphocytes: B lymphocyte cells and T lymphocyte cells. 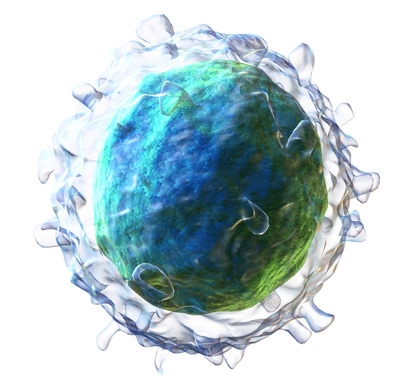 B cells respond to antigens by secreting antibodies or immunoglobulin and are responsible for humoral immunity. T-cells are responsible for cell-mediated immunity. They do not produce antibodies. Instead, immune responses are regulated by directly attacking and destroying specific antigens. The cytoplasm of the lymphocyte usually does not contain large granules. Furthermore, it is possible to identify these cells easily as they have a large nucleus surrounded by a small amount of cytoplasm.

What are the Similarities Between Leukocytes and Lymphocytes?

What is the Difference Between Leukocytes and Lymphocytes?

The below illustration tabulates the difference between leukocytes and lymphocytes, comparatively. 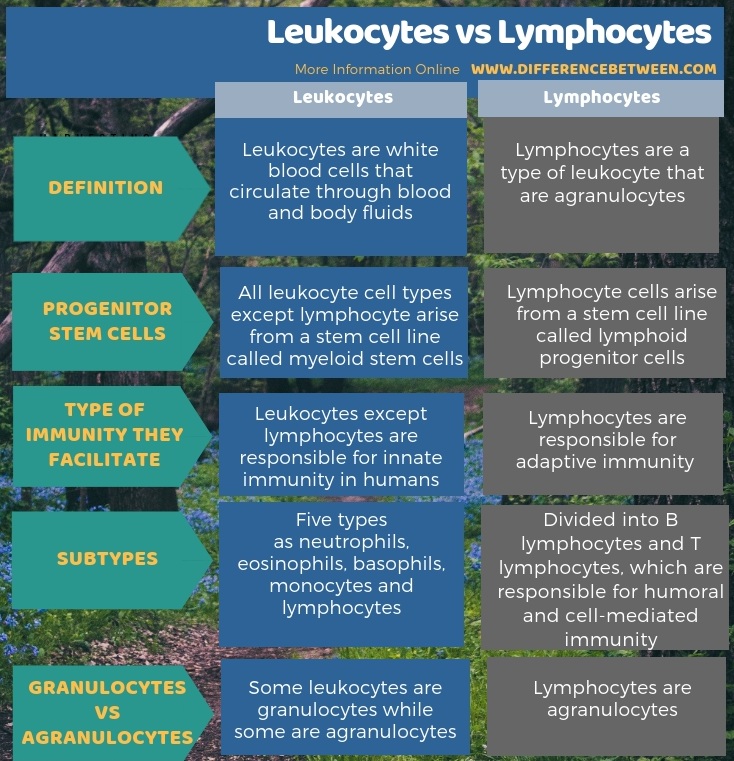 Difference Between Lymphocytes and Leucocytes 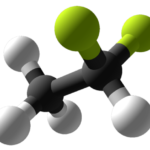