The mobile phone industry is desperately waiting for a change, not just a change, but a big change that would transform the whole industry. You may think the 4G connectivity, full HD display and top of the class camera are what make the industry tick. It does make the industry work and to keep the consumers satisfied and content, but not for too long. Always, there’s another step for the speed in connectivity, and when that surfaces, 4G will be outdated. In any case, 4G is becoming more of a commodity than a luxury. The full HD displays are increasingly frequent in the market. If you take the smartphone announced in MWC 2012, most of the handsets feature full HD resolution. The camera is something the vendors will always improve on, but then, an enthusiast knows that the smartphone doesn’t really make the ideal camera, no matter how high the resolution it can do. Thinking this is the case, you may get discouraged to follow the industry, but there were few promising changes implied at the MWC 2012 and CES 2012.

Samsung has effectively demonstrated the use of a Nano projector with a handheld device, and that seemed like a crowd puller. I mean, it’d be really great if you can share whatever you want at any time you want, in any place you want. Another promising idea demonstrated by LG was the 3D smartphone series they unveiled almost a year back. They have come up with a successor for that smartphone at the MWC 2012. So we thought of comparing these two handsets against each other and find out how much of a fine tuning LG has done during a time period of a year.

Been the successor of a product is clearly not an easy task. The successor is expected to have the features of the predecessor that consumers loved and yet, it also needs to have new features they would love. If we take the big picture, LG hasn’t done much to keep it that way, but we’ll discuss the improvements LG has made in time to come. Apart from the 3D feature, Max can be considered as another regular high end smartphone available in the market. It has 4.3 inches 3D LCD capacitive touchscreen featuring a resolution of 800 x 480 pixels at a pixel density of 217ppi. Of course, this edition is the glass-less edition, so you don’t need to have any accessory to use the phone in 3D. It has a 3D mode and a 2D mode for ease of use. There is also a separate user interface to be able to use the 3D feature. It is sleek at a thickness of 9.6mm and fits right in to your pocket with dimensions scoring 126.8 x 67.4mm. It has an expensive and elegant look to it, and you can easily hold it in your hand for a long time because of the ergonomic design. Optimus 3D Max also follows the normal four touch button set up of Optimus 3G.

The handset is powered by 1.2GHz Cortex A9 dual core processor on top of TI OMAP 4430 chipset and PowerVR SGX540 GPU along with 1GB of RAM. The operating system is Android OS v2.3 Gingerbread, but LG promises an upgrade to v4.0 ICS soon. It has 8GB of internal storage with the option to be expanded using microSD card up to 32GB. The 3D doesn’t end at the screen. Optimus 3D Max has 5MP dual cameras with autofocus and LED flash that can take stereoscopic photos and videos with geo tagging. The dual camera can also record 1080p HD videos @ 30 frames per second in 2D and 720p videos @ 30 frames per second in 3D. The VGA camera can be used to initiate video conferences although that doesn’t really seem what this smartphone is intended at. LG is porting this smartphone with HSDPA connectivity that supports speeds up to 21Mbps. Wi-Fi 802.11 b/g/n ensures that you’re connected at all times, and 3D Max can also act as a wi-fi hotspot and share your internet connection as well as stream rich media content to your Smart TV wirelessly. Apart from these features, 3D Max also has NFC support for you to do your shopping without your wallet. The 1520mAh battery seems somewhat below the line, but since we don’t have the usage statistics for this device, we can’t comment on that.

LG Optimus 3D has the honor of been the first 3D smartphone in the world. It was announced in January 2011 and released in July 2011. It is rather thick with a score of 11.9mm and you can easily hold this in your hand because it’s just the right size. The only blowback is that it’s on the hefty side of the spectrum, so you might have some discomfort. It has 4.3 inches 3d LCD capacitive touchscreen featuring a resolution of 800 x 480 pixels at a pixel density of 217ppi. Optimus 3D introduced the intuitive 3D user interface LG designed which was quite a new experience back then. Having a smartphone you can use to get a 3D experience without glasses can be quite handy and will definitely make you famous among your friends.

Optimus 3D is powered by 1 GHz Cortex A9 dual core processor on top of TI OMAP 4430 chipset with PowerVR SGX 540 GPU and 512MB of RAM. The operating system is Android OS v2.2, but it can be upgraded to v2.3 Gingerbread. The processor is pretty good compared to the time the handset was released, and with the optimizations provided by the operating system, Optimus 3D gives you an amazing and seamless user experience. It has 8GB of internal storage with the option to be expanded using microSD card up to 32GB. This handset can handle speeds up to 14.4Mbps using HSDPA connectivity and Wi-Fi 802.11 b/g/n can be considered as a great supporting mechanism. Fortunately, it can host a wi-fi hotspot to share your internet as well as wirelessly stream your rich media content to Smart TV using DLNA. LG has included 5MP dual camera set up with autofocus and LED flash that can record stereoscopic pictures and videos with geo tagging. It can capture 1080p HD videos @ 30 frames per second in 2D and 720p videos @ 30 frames per second in 3D. The secondary camera can be used to make video calls easily. It has 1500mAh battery, which LG claims can work up to 12 hours with one charge, and we like that score on the battery.

There is always some difference in two models released by any manufacturer. It may be a subtle difference, but two models can’t be 100% similar at any given time. It’s the same case with this situation, as well. LG Optimus 3D and LG Optimus 3D Max are smartphones with slight differences that wouldn’t make that much of an impact on the user. The processor has been improved; or rather the clock rate has been upgraded to 1.2GHz. While it would boost the performance, the distinction wouldn’t be that eminent if you don’t look just for it. The RAM has also been improved at 1GB, and the combination of these two may result in noticeable improvements, in performance and seamless switching of applications. In any case, the most noticeable difference is in the physical appearance of the handset. LG Optimus 3D Max is thinner and lighter with great looks compared to LG Optimus 3D. Especially the reduction in weight may be a great factor to be considered. There is also the difference in the operating systems where LG Optimus 3D Max is due for an upgrade to ICS while LG Optimus 3D only gets Gingerbread. These are the apparent differences you can see with a preliminary check but our sources tell us that LG Optimus 3D Max would be rather high in price and thus, investing in LG Optimus 3D might be a sound decision, as well. 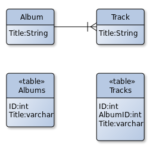