The human beings have been able to survive in this vile world because of the tools they have created. It is indeed a fair statement if we say that human beings are nothing without their tools. When you consider a tool, there are levels in them. Always, there’s a divine line between what we can do with one and what we can’t do. When we find something we can’t do with a specific tool, we try to get an upgraded version of the same tool. For instance, if we can’t go fast enough riding on a horse, we buy a motor bike instead to serve our purpose. Recently, we have observed the same phenomenon in the mobile phone market. The consumers have been more and more persistent on a handset that caters their needs better than the existing smartphone line. Their requirements have been somewhat straight, a bigger screen; but obviously smaller than a tablet; better processor, smooth operation and high speed connectivity. For this reason, mobile phone vendors have been quick to come up with a model to cater these needs that arose in the market recently as a result of constant development in the smartphone world. The replacement would be, as mentioned above, an upgraded version of the same tool.

Catering all of those needs, the leading smartphone vendor in the United States has come up with Samsung Galaxy Note sometime back, which was the first smartphone of its caliber. I may be wrong in introducing it as a smartphone since it doesn’t really match the size of the smartphone, yet it isn’t a tablet either. It lies somewhere in between and can be identified as a hybrid. Samsung Galaxy Note has proven to be successful addition to the prestigious Galaxy family and, the consumers embraced the handset willingly regardless of its size. Having seen the success of Galaxy Note, we predicted a successor for it from other leading mobile phone vendors as well, and LG has come up with its new Optimus Vu, which is somewhat similar to Galaxy Note and build on the same perception. Let us talk about both of these individually before we go into a judgment.

The Optimus family is where the fame of LG lies in the smartphone market. All of the successful and prestigious handsets from LG have been in the Optimus family, and we can infer a good feeling about any member of the same family. The LG Optimus Vu is indeed a hybrid having dimensions of 139.6 x 90.4mm, and it is thinner than Samsung Galaxy Note scoring a thickness of 8.5mm. It is also light weight and hosts a 5.0 inch HD-IPS LCD capacitive touchscreen, which features a resolution of 1024 x 768 pixels at a pixel density of 256ppi. It is powered by 1.5GHz Scorpion dual core processor on top of Qualcomm MSM8660 Snapdragon chipset with Adreno 220 GPU and 1GB of RAM. Optimus Vu runs on Android OS v2.3.5 Gingerbread and fortunately LG promises an upgrade to Android OS v4 IceCreamSandwich within three months of the release. It is needless to say that the handset performs extremely well in the toughest conditions. It has the best clocked processor up to date in the mobile phone market, and the OS ensures smooth operation.

One of the things consumers wanted was fast connectivity, and that’s exactly what Optimus Vu gives. Powered up by LTE 700 connectivity, Optimus Vu enables you to browse the internet at breathtaking speeds like you’ve never experienced. The high end hardware setup ensures that you can multi task seamlessly without a single performance glitch. There is a CDMA version of Optimus Vu, as well. We noticed that LG hasn’t forgotten to include great optics, as well. The 8MP camera is a state of the art and has autofocus and LED flash while enabling you to capture 1080p HD videos at 30 frames per second. As usual, the camera comes with Geo Tagging feature with Assisted GPS functionality and the 1.3MP front camera is ideal for video conferencing. It has Wi-Fi 802.11 a/b/g/n for continuous connectivity, and it can act as a Wi-Fi hotspot also, which makes Vu the perfect candidate to share your high speed internet connectivity with other Wi-Fi enabled devices. The DLNA ensures that you can wirelessly stream rich media content directly from your handset to your smart TV. The LG Optimus Vu has 32GB of internal storage and comes with the option to be expanded using a microSD card. It also has a T-DMB TV turner which is new to an Android system. The standard 2080mAh battery is assumed to keep up for a period of 6-7 hours.

This beast of a phone in an enormous cover with its radiant power inside bursted into the market in the last quarter of 2011. At the first glance, you may wonder whether it’s a smartphone, for it looks big and bulky. The specialty of the Galaxy Note starts with the 5.3 inches Super AMOLED Capacitive touchscreen that comes in either Black or White flavored cover. It has a super resolution of 1280 x 800 pixels and a pixel density of 285ppi. Now you have the true HD resolution in a 5.3 inches screen, and with the high pixel density it has, the screen guarantees to reproduce crystal clear images and crisp text that you can read even in the broad daylight. Not only that, but it also comes with the Corning Gorilla Glass reinforcement making the screen scratch resistant. Galaxy Note also introduces S Pen Stylus, which is simply a great addition if you have to take notes or even use your digital signature from your device.

Screen is not the only suspect for greatness in Galaxy Note. It comes with 1.5GHz Scorpion dual core processor on top of Qualcomm MSM8660 Snapdragon chipset. It is backed up by a 1GB RAM and the whole set up runs on Android v2.3.5 Gingerbread. Even at a glance, this can be seen as a state of the art device with cutting edge specifications. In depth benchmarks have proved that heuristic assumption even better than we had anticipated. There is one shortcoming, which is the OS. We’d rather prefer if it was Android v4.0 IceCreamSandwich, but then, Samsung has been graceful enough to grant this magnificent mobile with an OS upgrade. It comes in either 16GB or 32GB storages while giving the option to expand using a microSD card.

Samsung hasn’t forgot the camera either for Galaxy Note comes with 8MP camera with LED flash and autofocus along with some additional features like touch focus, image stabilization and Geo-tagging with A-GPS. The camera can also capture 1080p HD videos @ 30 frames per second. It also has a 2MP front facing camera bundled with Bluetooth v3.0 for the delight of video callers. The Galaxy Note is ultra-fast in every context. It even features LTE 700 network connectivity for high speed internet along with Wi-Fi 802.11 a/b/g/n for continuous connectivity. It also facilitates to act as a wi-fi hotspot and the built-in DLNA enables you to stream rich media content to your big screen wirelessly. The powerful processor and RAM combination enable the handset to multi task seamlessly; like we’ve mentioned in Optimus Vu, you can browse, email and stream a YouTube video while talking with your friend on the phone. It also comes with a new set of sensors like Barometer sensor beside the normal accelerometer, proximity and Gyro sensors. It also has Near Field Communication support which is a great value addition.

These are consumer focused times and the mobile vendors try their best to cater the needs of consumers. We can clearly see that from these two models. The vendors have respectively provided bigger screens, better processors and fast connectivity. The screen is smaller than that of a tablet, yet bigger than the average screen size of the smartphone. LG Optimus Vu feels somewhat bulky because it has a higher width compared to Galaxy Note, and thus you may feel uncomfortable holding the handset for a prolonged time. We at DB are impressed by the resolution offered by Samsung Galaxy Note while the resolution offered by LG Optimus is not that impressive. The display panel is great in both handsets, so the only differentiating factor would be the resolution and my vote goes for Samsung Galaxy Note in that category. Other than that, the specs of these two handsets are nearly identical apart from the fact that Samsung Galaxy Note comes with an S-Pen Stylus. This may come in very handy if you use the handset for professional work, as well. We have yet to receive information about the battery life of LG Optimus Vu, but we are assuming a battery life of 6-7 hours with the 2080mAh battery while Samsung Galaxy Note promises a battery life of 10 hours straight which is really good for a smartphone-tablet hybrid of this size. You may want to consider that when you make the purchasing decision. 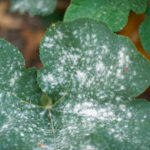