LG Smart TV and Samsung Smart TV are the latest TVs launched by the two Korean giants LG and Samsung respectively. After the excitement generated by LCD, LED and Plasma TV’s, the next stop was 3D TV’s and all major electronic companies made several models of 3D TV’s. Now their focus has shifted to Smart TV. Both LG and Samsung Smart TVs are packed with features and have all the ingredients to revolutionize the way people have been watching TV until now. The best feature of these TV’s is of course their ability to access the net. Let us take a closer look at some of the features of these two TV brands to have a fair verdict.

LG announced the launch of its smart TV range at CES 2011 amidst lots of fanfare. This range has been designed to dish out digital content in 3D. It has a home dashboard that enables the viewer with four options namely TV Live, Premium Content, TV apps, and Launcher bar. The TV has a magic remote control that does away with a cluster of controls and the user can go to his choice of option with the click of a cursor.

LG has alliance with Netflix and CinemaNow that enables it to deliver premium content to the buyers of this TV. There are many LG apps that provide a world of multimedia content in addition to exciting games and educational programs. The TV is equipped with LG’s Smart Share function that allows users to stream videos and music from their computers. It has an embedded web browser that allows users to access net without their computers.

LG has partnered with Google Maps, YouTube, Twitter, Picassa, AP, and Amazon Video on Demand to let users have unlimited entertainment with this amazing smart TV.

Samsung, not to be left behind, has come up with its own smart TV that it unveiled in Italy along with the launch of its other TV sets. This smart TV promises to change the way people have watched TV till date. It has a rich platform for some exciting applications. Smart TV is a revolution that intends to change the face of TV in much the same way that smartphones did to mobiles. The TV has Samsung Hub with 6 exciting features called Smart Video, Smart Search, Smart 3D, Smart Chat and Smart Design. Using these features, one can turn his TV into an excellent home entertainment center with music, games, movies, videos, TV programs, social networking and any other online content.

Viewing 3D programs on this smart TV is a treat for eyes. The colors and depth of images are excellent and viewing for long hours does not cause any stress for your eyes. Smart Share feature allows the user to connect this smart TV with any Android base device to view the content directly. Samsung has more than 300 apps for this smart TV in their app store. These apps can be directly downloaded on to this TV. With Search All, one can access all social networking sites and other sites. You can have Twitter, or Facebook running along with regular TV programs, or if you so wish Google Talk and Skype can be on while you watch TV to chat with your friends.

One attractive feature is the ability to stream one channel on any other android device while allowing other member of your family to watch his/her favorite program. 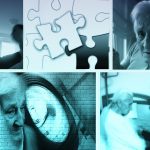 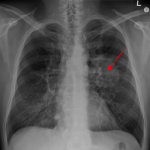 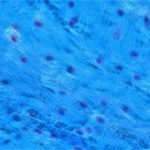