Does every model introduced in CES come to the commercial level? Or, in fact, does every one of them succeed to be important handsets? This is a question we pose every year and get a variation of mixed responses. The simple truth is NO. The reason behind no might be very different reasons, ranging from customer dissatisfaction to manufacturer dissatisfaction. But the important question to pose is what makes the models a success? How do they differentiate themselves while other handsets of the same caliber fail? Well, we are still trying to figure that out, so does the market research teams of almost all the vendors at CES. Our preliminary guess is that, it has got something to do with the way the device is presented, to which market it is addressed and, whether it has something unique to offer consumers.

Based on the above trio, we pick up some handsets to be reviewed and one such set consists of LG Viper LTE and Google Nexus LTE. We picked them primarily because both of them had something unique to offer, LTE connectivity. They were also presented well, and for the purpose of our comparison, we needed two handsets aimed at the same niche market and Viper LTE and Nexus LTE sufficed that qualification, as well. So we ended up in reviewing this duo to find out which would end up as the best device among two.

Being a state of the art device does not mean a compendium of cutting-edge features. They have to be bound together just right to make it state of the art. LG has bound Viper with good care to come up with a state of the art device. It has 1.2GHz dual core processor on top of Qualcomm chipset and comes with 1GB of RAM. The operating system is Android OS v2.3 Gingerbread and LG may well give an upgrade to v4.0 IceCreamSandwich although there’s no news on that yet. The processor memory combination is ideal to deliver a seamless multi-tasking experience with the increased need for processing power using high speed LTE connectivity. LG Viper would easily enable you to send a text, read and email or stream a YouTube video while you’re on the phone with your friend. That’s how powerful multi-tasking is in Viper LTE.

LG has included a 4.0 inches capacitive touchscreen featuring a resolution of 800 x 480 pixels at 233ppi pixel density. It isn’t a great panel nor does it feature great resolution, yet the screen seems to serve the purpose. It has 5MP camera with autofocus and geo tagging, and we are counting on LG, to include 1080p HD video capturing, or at least 720p capturing. It also has a secondary VGA camera for video conferences. We don’t have specific information about the dimensions of LG Viper, but it has lightly curved edges that doesn’t seem smooth and comes in a Black flavor. While LG Viper LTE features LTE connectivity, it is not a GSM device, but a CDMA device. It also has Wi-Fi 802.11 b/g/n for continuous connectivity and can host up to eight clients through acting as a Wi-Fi hotspot. That would be an ideal way to share your high-speed LTE connectivity with your less fortunate friends. We also hope that LG has included a decent battery promising at least a talk time of 7 hours with a single charge.

Google’s own product, Nexus has always been the first to come up with the new versions of Android and who could blame for they are state of the art mobiles. The Galaxy Nexus is the successor for Nexus S and comes with a variety of improvement worthwhile talking about. It comes in Black and has an expensive and gorgeous design to fit right in your palm. It is true that Galaxy Nexus is on the upper quartile on size, but amazingly, it doesn’t feel hefty in your hands. In fact, it only weighs 135g and has dimensions of 135.5 x 67.9mm and comes as a slim phone with 8.9mm of thickness. It accommodates a 4.65 inches Super AMOLED Capacitive touchscreen with 16M colors, which a state of the art screen is going beyond the conventional size boundaries of 4.5 inches. It has true HD resolution of 720 x 1280 pixels with an ultra-high pixel density of 316ppi. For this, we can daresay, the image quality and the crispness of the text would be as good as iPhone 4S retina display.

Nexus is made to be a survivor until it has a successor, which means, it comes with the state of the art specifications that will not feel neither intimidated nor outdated for an extended duration of time. Samsung has included a 1.2GHz dual core Cortex A9 processor on top of TI OMAP 4460 chipset bundled with the PowerVR SGX540 GPU. The system is been backed up by a RAM of 1GB and non-extendable storage of 16 or 32 GB. The software does not fail to meet the expectations, as well. Featuring as the world’s first IceCreamSandwich smartphone, it comes with a lot of new features that hasn’t been seen around the block. As for starters, it comes with a new optimized font for HD displays, an improved keyboard, more interactive notifications, resizable widgets and a refined browser that is intended to give a desktop-class experience to the user. It also promises the best Gmail experience to date and a clean-new look in the calendar and all these sums up to an enticing and intuitive OS. As if this isn’t enough, Android v4.0 IceCreamSandwich for Galaxy Nexus comes with a facial recognition front end to unlock the phone called FaceUnlock and an improved version of Google + with hangouts.

Galaxy Nexus also has a 5MP camera with autofocus, LED flash, touch focus and face detection and Geo-tagging with the support of A-GPS. It can also capture 1080p HD videos @ 30 frames per second. The 1.3MP front camera bundled with built-in Bluetooth v3.0 with A2DP enhances the usability of video calling functionality. Samsung has also introduced single motion sweep panorama and the ability to add live effects to the camera which looks really enjoyable. It comes to be connected at all times with the inclusion of high-speed LTE 700 connectivity, which can gracefully degrade to HSDPA 21Mbps when it’s not available. It also has Wi-Fi 802.11 a/b/g/n that enables you to connect to any Wi-Fi hotspot as well as set up a Wi-Fi hotspot of your own just as easily. The DLNA connectivity means that you can wirelessly stream 1080p media content to your HD TV. It also features Near Field Communication support, active noise cancellation, accelerometer sensor, proximity sensor and a 3-axis Gyro meter sensor that can be used to many emerging Augmented Reality applications. It is commendable to emphasize that Samsung has given a 17hours 40 minutes talk time for Galaxy Nexus with a 1750mAh battery, which is beyond incredible. 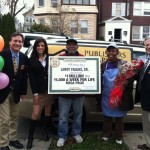 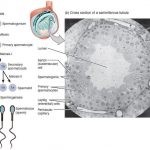