RADAR and LiDAR are two ranging and positioning systems. RADAR was first invented by the English during the Second World War. They both operate under the same principle though the waves used in the ranging are different. Therefore, the mechanism used for transmission reception and calculation are significantly different.

Radar is not an invention by a single man, but an outcome of continuous development of the radio technology by several individuals from many nations. However, the British were the first to use it in the form we see it today; that is, in WWII when the Luftwaffe deployed their raids against Britain an extensive radar network along the coast was used to detect and counter the raids.

The Transmitter of a radar system sends a radio (or microwave) pulse into the air, and part of this pulse is reflected by the objects. The reflected radio waves are captured by the receiver of the radar system. The time duration from transmission to reception of the signal is used to calculate the range (or distance), and the angle of reflected waves gives the altitude of the object. Additionally the speed of the object is calculated using the Doppler Effect.

A typical radar system consists of the following components. A transmitter which is used to generate the radio pulses with an oscillator such as a klystron or a magnetron and a modulator to control the pulse duration. A wave guide which connects the transmitter and the antenna. A receiver to capture the returning signal, and at times when the task of the transmitter and the receiver is performed by the same antennae (or component), a duplexer is used to switch from one to the other.

Radar has a large range of applications. All the aerial and naval navigation systems use radar to obtain critical data required to determine safe route. Air traffic controllers use radar to locate the aircraft in their controlled airspace. Military uses it in the air defence systems. Marine radars are used to locate other ships and ground to avoid collisions. Meteorologists use radars to detect weather patterns in the atmosphere such as hurricanes, tornadoes, and certain gas distributions. Geologists use ground penetrating radar (a specialized variant) to map the interior of the earth and astronomers use it to determine the surface and the geometry of the nearby astronomical objects.

LiDAR stands for Light Detection And Ranging. It is a technology operating under the same principles; the transmission and reception of a laser signal to determine the time duration. With the time duration and the speed of light in the medium, an accurate distance to the point of observation can be taken.

In LiDAR, a laser is used to find the range. Therefore, an exact position is also known. This data, including the range can be used to create the 3D topography of surfaces to a very high degree of accuracy.

The four main components of a LiDAR system are LASER, Scanner and Optics, Photodetector and Receiver electronics, and Position and Navigation systems.

Because of their efficient 3D scanning they are used in a variety of fields where surface features are important. They are used in Agriculture, Biology, Archaeology, Geomatics, geography, geology, geomorphology, seismology, forestry, remote sensing, and atmospheric physics.

What is the difference between RADAR and LiDAR?

• Size and the position of the object can be identified fairly by RADAR, while LiDAR can give accurate surface measurements.

Difference Between Radar and Sonar 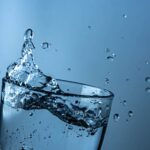 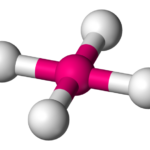