A straight line is defined as a one dimensional figure, with no thickness or curvatures and extending infinitely in the both directions. It is more common to use ‘line’ than the ‘straight line’ in practice.

A line can be uniquely determined by two points lying on it. Therefore, it implies that there is one and only straight line between two given points. Because of that we can use two points to draw a straight line spanning from one point to another. Even though we call it a line, it actually is a line segment. More precisely, a line segment is a short piece of a straight line, where its starting point and end point are distinctively marked.

When drawing straight lines, two arrowheads pointing outwards are put on the ends, to indicate that it extends to infinity. But in case of the line segments there are only the end points.

A ray is a line drawn from a starting point, but extends to infinity at the other end. That is, it has one starting point and one infinite end. A ray is distinctively marked by the arrowhead on one side of the line drawn. The other end is a point.

What is the difference between Line Segment and Ray?

• A line segment is a smaller section of a straight line and has a finite length and distinctively identified on a drawing by the points at the both ends.

• A ray is a line with a starting point and extending to infinity. Therefore, it has no finite length, and it is distinctively identified on a drawing by the arrow at one end (indicating that it extends in the direction) and a point at the other end.

Difference Between Line and Line Segment

Difference Between Axioms and Postulates

Difference Between Circumference and Perimeter 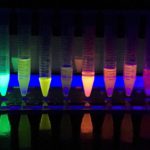 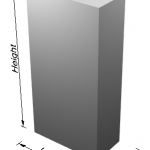 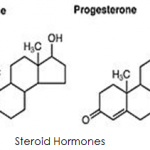