Home / Technology / IT / Internet / Difference Between Linux and Windows Hosting

What is Windows Hosting?

Microsoft provides a wide range of products for web hosting. Windows 2000 Server, Windows Advanced Server, Windows 2003 Server are popular server versions of Windows that are used for hosting today. Microsoft Windows Server versions allow integration with all other Microsoft products. It also supports ASP (Active Server Pages) and ASP.NET, which is essential if the web servers are handling dynamic web pages. Microsoft SQL database, which is a very powerful DBMS, can be used with Windows servers. Microsoft Access can also be used with Windows hosting. Microsoft provides comprehensive technical support for its servers, but using these servers can be very costly compared to any other type of hosting options. So, they are much more suitable for large to mid size enterprises rather than small businesses. Windows servers are preferred by new administrators as they have simple and user-friendly interfaces to work with. Additional software needed such as firewall, remote login applications, ASP Mail and Encrypt can also add to the already high cost. Windows servers typically run the Microsoft’s own IIS server but they can be configured to be compatible with PHP/MySQL as well.

What is Linux Hosting?

Using one of many Linux operating systems like Fedora, Red Hat, Debain and Slackware as the operating system in the web server is called Linux hosting. Most Linux systems are almost always free (Red Hat Enterprise versions being the known exceptions). And Linux is compatible with PHP/MySQL. They are highly stable operating systems with very low security vulnerabilities. Additional software needed for Linux hosting such as APF Firewall, Apache, Sendmail and BIND are mostly free (or costs very little). Virus scanners such as Clam, F-Plot or MailScanner can be used for Linux hosting. Because all the configurations and maintenance tasks are done through shells, Linux server administration could be harder than Windows. But you can gain more control of your server compared to Windows.

What is the difference between Linux and Windows Hosting?

Linux hosting provides highest level of security compared to Windows. But installing, configuring and maintaining tasks are highly technical and can be more difficult with Linux hosting. When it comes to cost, Linux hosting is always better than Windows. Linux supports PHP/MySQL, while Windows supports all the Microsoft products.

Difference Between Server.Transfer and Response.Redirect 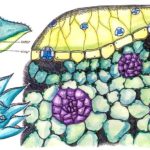 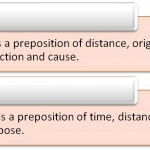 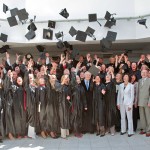