Being members of the Family: Camelidae, both camels and llamas are interesting animals. They have well adapted for their respective environments. It is important to discuss their differences, as there are some remarkable distinctions between them with regard to physiology and reproduction.

Camel belongs to the Family: Camelidae and Genus: Camelus. The presence of humps on the back is the most discussed characteristic feature of camels. There are two species of true camels, known as Bactrian camel and Dromedary camel. Bactrian camel has two humps on the back, whereas Dromedary camel has only one hump. These humps are composed of fatty tissues, which are useful to generate water in the desert via biochemical processes take place inside the bodies of camels. In addition, because of the deposition of fat in humps, rest of the body organs are mostly free of extra fats, which minimizes heat-trapping insulation in other organs. Minimizing of heat trapping prevents body organs from being exhausted in the top heat of the deserts, which is an excellent adaptation for their living environment. Camels are native to the Western and Central Asian dry deserts. Average weight of a camel lies around 430 to 750 kilograms. They have sealable nostrils; long eyelashes and ear hairs are protective barriers against the sand. Their widen feet prevent from sinking into loose sand of desert while walking. Gestation period of camels range from 13 to 15 months and a healthy animal lives about 40 – 50 years.

Llama is a member of Family: Camelidae and described under Genus: Lama. Llamas prefer cold and dry mountainous regions of South America. They do not have humps as in the true camels, but people refer them to be camels of South America. Average weight ranges from 130 to 200 kg and the height is almost 1.8 metres. They have a thick coat of fur for insulation against the cold. Their ears are of a unique banana shape, and erected upwards. Llamas’ feet are narrow and toes lie more separately than in a camel’s. Reproduction is unique and unusual for a large mammal. Females do not have oestrous cycles but ovulation occurs whenever a male starts mating. They mate for at least 20 minutes, sometimes more than 40 minutes, in a lying down posture called Kush. The gestation period is about 50 weeks, and the baby llama has a birth weight of nine kilograms.

Difference Between Dromedary and Bactrian Camel

Difference Between Male and Female Dogs

Difference Between Zebra and Horse 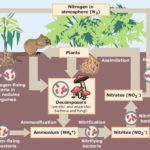 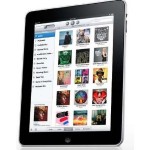