Load test aimed to determine the performance of a test subject under a pre specified test load. The test load is chosen so that it represents the expected loading condition under the normal operation of the test subject. After a load test, unless the test subject fails during the testing procedure, the test subject can be put in to its normal use. Load test can be carried out on the whole of the test subject or on a part of it. It is very important that the test load has to represent the actual loads expected in the test subject under normal operation. Pile load test and plate load test are two common examples related to geo-technical discipline in civil engineering. In the first case after testing, if the pile passes, the tested pile will be a part of the foundation. Many examples of load tests related to structures in civil engineering can also be seen. In the field, load test is carried out to assess the performance or suitability of a suspected low quality construction or structures damaged by natural disaster such as earthquakes.

Stress test is carried out to determine the maximum stress levels that can be achieved by an experimental subject before it breaks. In other words, the experimental subject is subjected to exceptionally high stress levels than they are expected to carry in normal usage. After a stress test is performed the undergone experimental subject is destructed, or rendered useless. Since the test will break the test subject, it is not performed on the actual object, but the test is performed on a sample obtained or on a truth full model of the original subject. It is very important, that the samples or the models have to be representative of the actual test subject. Common examples in civil engineering discipline are concrete cube test, beam stress test, tensile testing of steel and marshal test for asphalt. In the case of concrete cube test, concrete samples are obtained from concrete laying site and molded into cubes. Such cubes are tested for strength.

Difference Between Performance and Load Testing

Difference Between Rendering and Plastering 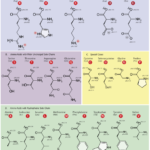