If there is one social issue that has caught the imagination of the people of India at present, it is the issue of corruption at all levels, and the fight of the people to come up with a citizen’s ombudsman bill, better known as Jan Lokpal bill. One Gandhian and social activist, Anna Hazare and his team are at the forefront of this fight, and are trying hard to make legislators accept their draft bill, while government of the day is trying to rush in with its own version of the bill called Lokpal. There is a situation of utter chaos as people are not really aware of the provisions of both these bills. This article attempts to highlight the features of both the draft bills in a manner to differentiate between the two bills.

It is the desire of the people to get created an independent body called Lokpal that would have the power to investigate government officials, members of judiciary, and members of parliament including ministers and Prime Ministers, and even private citizens if cases of corruption are brought to the notice of this autonomous body like Election Commission. Though the bill has been pending for decades, no government had the audacity to get it drafted and get passed in the parliament to give it a legal status. With cases of graft and corruption coming to light one after the other and causing embarrassment for the government (whether it was telecommunications minister A. Raja in 2G scam, or Suresh Kalmadi in Commonwealth Games scam) and growing public anger over helplessness of the government to stop such cases of corruption, it was only natural for people to vehemently support Anna Hazare and his team to fight for Jan Lokpal bill.

The government, sensing the mood of the people, has shown intent to draft a proposed bill on the issue, and for this purpose held several meetings with Anna team to come up with a compromise formula as there are glaring differences between Jan Lokpal bill and the bill that government proposes to introduce. Government has finally come up with a draft bill that it proposes to introduce in the Lok Sabha. However, the version of the bill, prepared by government is unacceptable to Anna Hazare and his civil society team, and Anna has declared that he will start a fast unto death from August 15 if his version of the bill, which is being labeled as Jan Lokpal bill, is not introduced in its original form in the Lok Sabha. It is in this context that differences between Lokpal and Jan Lokpal need to be highlighted for common people to appreciate and decide on which one to support. According to the civil society, the Lokpal bill proposed by the government is like a toothless tiger which is nothing more than wastage of public money as it cannot fight corruption at all.

Difference Between Central and Local Government 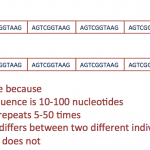 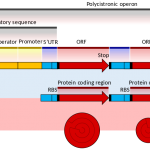