Loss and lost are two very common English words that are confusing to a lot of students of English language. In fact, there is another word loose that further complicates the situation. However, good thing about these words is that they have totally different meanings making it easier for people to differentiate between them. This article attempts to highlight the differences between loss and lost to enable readers to choose the right word depending upon the context.

Loss is a word that refers to an instance of losing something. It also refers to the amount or quantity that has been lost as in 50% loss. It can also be a condition where one is being deprived of something. Loss is a noun and one can feel sorry for someone else for his loss. These examples make clear the meaning of the word loss and the contexts in which it can be used.

• He suffered from loss of reputation.

• John felt sorry for the loss of his friend whose father had died.

• One has to keep control on his dietary intake to achieve weight loss.

• Loss of his property because of fire made him go berserk.

• I am at a loss of words to explain the defeat of our team.

Lost is a verb that refers to the act of losing in a past tense. Lost is the past participle of lose. It is a word that one uses to when describing his loss in the past. Lost is also used in another sense as an adjective when one says that he feels lost. Take a look at the following examples to understand how to use this verb in different contexts.

• India lost the match against England.

• He lost his car keys to be stranded on the highway.

• Helen lost 20 pounds to get back into shape.

• I lost good money at the share market last month.

• He was lost in the forest.

• Loss is noun whereas lost is verb.

• Loss is an instance of losing, whereas lost is the act of losing in the past.

• Loss is the opposite of profit in business though it could be a feeling of deprivation as when there is loss of a person through death or accident.

• Loss can be monetary, or it could even be a loss of reputation.

• Lost is the act of losing while loss is the amount that has been lost.

• Lost is the past participle of lose.

Difference Between Heel and Heal 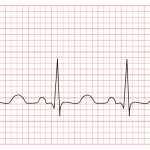 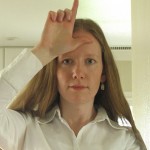 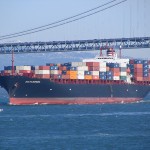