Gorillas never make it boring to observe their behaviours both in captivity as well as in wild. However, the species and subspecies could sometimes cause some confusion, especially when their scientific names are concerned. There are two species of these wonderful primates, Western and Eastern gorillas. Mountain gorilla is one of the two subspecies of the Eastern gorilla species. Additionally, there are two lowland subspecies included in the two main species known as Western lowland gorilla and Eastern lowland gorilla. Since this classification itself could cause some confusion, two of those subspecies (Western lowland gorilla and Mountain gorilla) are compared in this article following the summarized information about their characteristics.

The Western lowland gorilla, Gorilla gorilla gorilla, was the type species that has been used to describe the first gorilla. They live around the forests and swamps of the western African countries. Lowland gorillas are specifically found around the both primary and secondary forests, in addition to the montane forests and lowland swamps. Despite the fact that they could be found around many habitats, the populations are not stable at all according to the IUCN categorization as Critically Endangered species. However, Western lowland gorillas are smaller than others are. They weigh around 180 kilograms for silverback males and females are much smaller. Additionally, the silverbacks have a height measuring around 170 centimetres. Usually, they live in family troops including 5 – 7 adult females with their newborns and adolescents dominated by a large male and they forage through their home range. The size of a home range could vary between three and eighteen square miles, and one troop travels about 1 – 4 kilometres per day. Additionally, the troops forage in areas with high quality foods have larger home ranges compared to others. Western lowland gorillas are primarily herbivorous, but they would not let the small reptiles and insects pass them. Therefore, they can be considered as omnivorous animals. Usually, a silverback requires about nine kilograms of food. They reproduce slowly, as a female would be able to produce a healthy calf only after nine years of age, and the calving interval is about five years as in elephants.

Mountain gorilla, Gorilla beringei beringei, is a large subspecies of the Eastern species. In fact, this is the largest subspecies of the gorillas weighing over 220 kilograms for a silverback male. According to the description of a silverback, a fully erect male measures over 190 centimetres in height. Mountain gorillas have a thick coat of fur as an adaptation for the cold climate in the high mountains with altitudes over 2,200 metres. The highest altitude recorded for a mountain gorilla is 4,300 metres. Their large body would not permit much heat loss from the skin, as the surface to volume ration is lower than the other subspecies. They are frequently recorded to inhabit around the slopes of the dormant volcanoes more often than not. Most of the primates are social animals, and these are highly social animals living in troops. Usually, mountain gorillas are active during daytime and feed on a predominantly herbivorous diet.

Difference Between Gorilla and Chimpanzee

Difference Between Orangutan and Gorilla 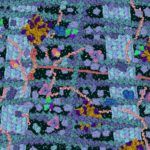 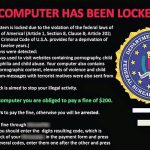 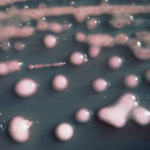 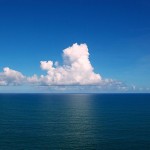