Lox and Nova are names of dishes made from salmon. People use the terms lox and Nova in the same breath as if they were synonymous. However, there are differences between Lox and Nova that will be highlighted in this article.

Lox is a word that has been derived from the German Lachs meaning salmon. In fact, the Scandinavian word for salmon is lax. However, lox is a fillet of salmon that is brined or cured in a salt and sugar solution for a few weeks. Bagel with Lox is very popular in America, and it makes use of smoked salmon though regular lox is not made from smoked salmon.

Nova is the name of a dish that is also referred to as Novas Lox, Nova salmon, or even Nova Scotia salmon. Scotia is a term that refers to the origin of the fish as it comes from Nova Scotia in Canada, but actually the name Nova speaks about the process in which the dish is made. This dish is prepared by curing salmon in a solution that is milder than the solution used for regular lox. Nova is served after cold smoking it.

• However, the major difference today is not one of the origin of salmon but rather the process that requires much milder brine for Nova.

• Nova is also cold smoked before being served whereas regular lox or belly lox is served without smoking.

• Lox is rather generic term that is wrongly applied to dishes made from salmon.

• Nova is considered by many to be more delicate and expensive preparation though it is a subjective issue and depends upon the choice and taste of the person.

• The brine used for Lox is salty, whereas the brine of Nova has sugar too.

Difference Between Ricotta and Cottage Cheese

Difference Between Jerky and Biltong 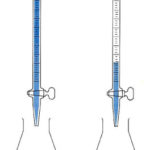