LTE (Long Term Evolution) and IMS (IP Multimedia Subsystems) are both technologies developed to cater the next generation of the broadband mobile services. LTE is actually a wireless broadband technology developed to support roaming Internet access using mobile phones. IMS is more of an architectural framework designed to support IP multimedia services and has been around for some time.

Long Term Evolution (LTE) is a wireless broadband technology developed by the Third Generation Partnership Project (3GPP), to achieve even higher peak throughputs than that is offered by the current generation of UMTS 3G technology.

This technology was named as “Long Term Evolution” because it has become the obvious successor of the UMTS, the 3G technologies based upon GSM. Hence, it is considered as the 4G technology. LTE provides largely increased peak data rates, with average potential of providing 100 Mbps downstream and 30 Mbps upstream. Among the major improvements, scalable bandwidth capacity and reduced latency have helped to maintain a good Quality of Service. Furthermore, the backward compatibility with the existing GSM and UMTS technology provide a smooth migration chances to 4G technology. Future developments on LTE already have plans to improve peak throughput in the order of 300 Mbps.

The transport layer protocol used by all the upper layers of LTE is based upon TCP/IP. LTE supports all type of mixed data, voice, video, and messaging traffic. The multiplexing technology used by LTE is OFDM (Orthogonal Frequency Division Multiplexing) and, in much newer releases, MIMO (Multiple Input Multiple Output) is introduced. LTE uses the UMTS Terrestrial Radio Access Network (E-UTRAN) as the air interface to upgrade the reachability for existing mobile networks. E-UTRAN is also a radio access network standard which is introduced to replace the UMTS, HSDPA and HSUPA technologies specified earlier in 3GPP releases.

The simple IP based architecture used in LTE results in, lower operation and maintenance costs, and moreover, the capacity of an E-UTRAN cell is incredible. Generally, when considering the coverage single E-UTRAN cell supports as four times as the data and voice capacity supported by a single HSPA cell.

IMS was originally created specifically for mobile applications by the 3GPP and 3GPP2. However, nowadays it is very popular and widespread among the fixed line providers, since they are being forced to find ways of integrating mobile associated technologies into their networks. IMS mainly enables the convergence of data, speech, and mobile network technology over IP based infrastructure, and it provides the necessary IMS capabilities such as service control, security functions (e.g. authentication, authorization), routing, registration, charging, SIP compression, and QOS support.

IMS can be analyzed with its layered architecture which includes many layers with different functionalities. This architecture has enabled the reusability of service enablers and many other common functions for multiple applications. The responsibility of the first layer is to translate the bearer and signaling channel from legacy circuit switch based networks to packet based streams and controls. The functionality of the second layer is to provide elementary level media functions to the higher level applications. Moreover, IMS has allowed for other third parties to take control of call sessions and access subscriber preferences by using higher level of application services and API gateways.

The IMS architecture provides the opportunity for service providers to deliver new and better services, with reduced operating costs across wire line, wireless, and broadband networks. Most of the applications supported by the Session Initiation Protocol (SIP) have been unified by IMS in order to ensure the proper interaction between legacy telephony services with other non telephony services such as, instant messaging, multimedia messaging, push-to-talk and video streaming.

What is the difference between IMS and LTE? 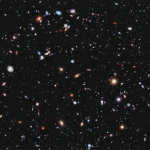