Lutheran and Methodist are two of the very important protestant denominations within the fold of Christianity. Christianity is the most widely followed religion with over 2 billion followers. To an outsider, a Lutheran is as much a Christian as a Methodist, and indeed they are. However, despite both being Protestants, there are some differences between the two groups of Christianity that will be highlighted in this article.

Lutherans are the followers of Martin Luther, who rose in defiance of the Roman Catholic Church in 1517 in a bid to reform it of its dogmas and practices. Luther introduced The 95 Theses to replace beliefs and doctrines in the Roman Catholic Church that he believed were inconsistent with the Holy Bible. The friction between the followers of Martin Luther and the Church grew so large that it finally gave way to Lutheran Church, a Church of the followers of Luther that believed in the supremacy of the Bible and not Papal supremacy. Lutherans are believed to be the first of the Protestants, and they are found in most parts of the world today.

Methodism is a part of the Protestantism and is represented by many different denominations within Christianity. Methodism is credited to Wesley brothers John and Charles who were very methodical in religious matters and were given the nickname of Methodists. Charles and John had gone to Georgia as missionaries but were unsuccessful and returned to England in search of answers they had with regards to their own faith. Both of them wanted to reform Christianity of its evils and started the movement that led to the beginning of the Methodist Church.

Methodists were concerned with reform within the Church of England but had to establish their own denomination later on. Methodism is based upon the teachings of John Wesley. The basic principles of Methodism are avoidance of evil, indulging in kind acts, and abiding by the teachings of the Almighty God. Methodism is renowned for its missionary work and setting up of hospitals, orphanages, and centers of education.

What is the difference between Lutheran and Methodist?

• Lutheran and Methodism are reformist movements as well as Protestant denominations within the fold of Christianity.

• Lutheran is older than Methodism having their roots dating back to The 95 Theses of its founder Martin Luther in 1521, whereas Methodism is credited to Wesley brothers, John and Charles in the 18th century.

• Methodists do not approve of alcohol while Lutherans serve red wine during their communions.

• Lutherans consider suicide as the most ghastly act against humanity and God whereas Methodists, though they too do not approve of suicide, are more tolerant of this act.

• Methodists are known all over the world for their charity work and setting up of hospitals and schools.

• Lutherans are known for their emphasis on faith.

Difference Between Catholic and Methodist 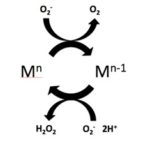 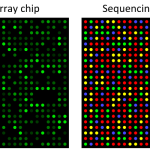 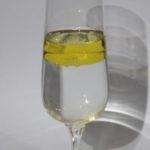