The words Protestant and Lutheran are used for followers of Christianity who differ in the beliefs and doctrines of the Roman Catholic Church. In fact, Lutherans are the first of the major denominations that broke away from the Roman Catholic Church in a bid to reform it from some practices and dogmas that had no or little justification. Protestantism is a group containing many different denominations. Lutherans happen to be the followers of Martin Lutheran who stood up in defiance of some of the practices of the Church in the 16th century. This article attempts to highlight the differences between Lutheran and Protestant.

A protestant is a follower of Christianity who does not believe in the supremacy of the Pope and considers Bible to be the supreme authority in Christianity. Protestantism is a movement that contains within its fold many different Christian denominations all of which are united in defiance of Orthodox Church, popularly known as Roman Catholic Church. The phrase protestant is derived from Latin Protestari that refers to stand up and revolt against something publically. Christianity may appear as monolith to outsiders, but it is a congregation of denominations that started to form in a bid to reform Christianity itself from its ills. Thus, Christians who are not members of the Roman Catholic Church are all Protestants. If there has to a division in Christianity, it has to be between Catholics and the Protestants.

Lutheran is a denomination among the Protestants. In fact, it is the oldest of the denomination to break away from Catholicism and is traced to the founder of the movement, Martin Luther of Germany. Today, all Christians who believe in the teachings of Lutheran are referred to as Lutherans and the Church of the denomination is Lutheran Church. Martin Luther was a Roman Catholic priest, but he stood up in revolt against the dogmas and practices of the church by introducing The 95 Theses. These theses were an attempt to rid the Church of all the practices that were inconsistent with the scriptures, particularly the Bible. The conflict with the Church got bigger and bigger with finally the followers of Lutheran who accepted his reforms forming a separate church. This was the beginning of the reformation and Lutherans became the first Protestants. The 95 Theses served as the catalyst for the reform movement and the starting of Protestantism.

What is the difference between Lutheran and Protestant?

• Protestant is a term that refers to Christians who are not members of the Roman Catholic Church. Lutheran is a denomination among the Protestants.

• Protestantism is a movement that began with Martin Luther, the founder of Lutheran.

• Lutheran is credited with being the oldest of the Protestant denomination that stood up in revolt against the dogmas and practices of the Catholic Church that were inconsistent with the holy Bible.

• Lutheran is one of the largest protestant groups.

Difference Between Protestant and Christian 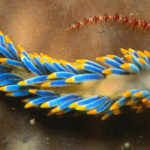 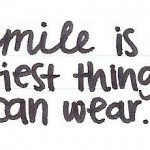 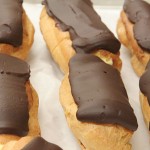 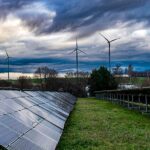