Lymphocyte and lymphoblast are white blood cells and can be visible in the peripheral blood system. These cells are extremely important to maintain certain immune activities in the body. Lymphocyte is produced in primary and secondary lymphoid organs. During the maturation of lymphocyte, it undergoes three-cell stages; lymphoblast, prolymphocyte and mature lymphocyte. Several morphological differences exist among these cell stages.

Lymphocyte is a type of white blood cell found in human blood and produced in mainly in primary and secondary lymphoid organs. The primary organs include thymus and bone marrow, whereas the secondary lymphoid organs include spleen, Payer’s patches found in the gastrointestinal tract, tonsils and adenoids, and lymph nodes and nodules found all over the body. Maturation of a lymphocyte has three cells stages namely; lymphoblast, prolymphocyte and mature lymphocyte. A mature lymphocyte has two types; small and large lymphocytes. The size of the small lymphocyte is about 6 to 9 µm and the large cell is about 17 to 20 µm. Cells contain round-to-oval shaped nucleus with or without indentation. There are no visible nucleoli found in the nucleus. Maturation occurs in two places (a) in thymus, where T lymphocytes are produced, and (b) in lymph nodes, where B lymphocytes are produced. The amounts of lymphocytes in the peripheral blood vary based on the age of individuals. Usually children under age four have much higher amount of lymphocyte than adults. Lymphocyte is important to maintain the cell mediated immunity and humoral immunity in the body.

What is the difference between Lymphocyte and Lymphoblast?

• Lymphoblast is the first cell that can be identified during the development of a maturation of lymphocyte.

• During the maturation process, lymphoblast is transformed into prolymphocyte. Once the prolymphocyte is formed, it is finally matured into lymphocyte.

• Nuclear-cytoplasmic ratio of lymphoblast is 4:1, whereas that of lymphocyte is 2:1.

• Mature lymphocytes do not contain nucleoli while lymphoblast contain 1-2 nucleoli.

• No granules are present in the cytoplasm of the lymphoblast, while few azurophilic granules may be found in lymphocytes.

Difference Between Longitudinal and Transverse Section 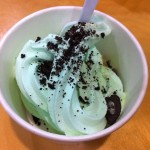 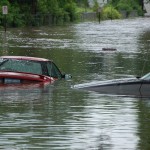